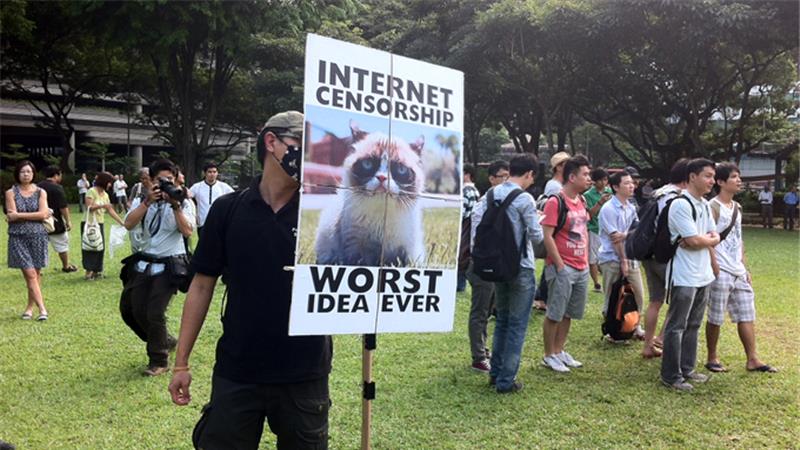 BY: Ghui
At 2015’s Asia-Pacific Leaders’ summit in Manila, President Obama courted the company of Jack Ma, CEO of Alibaba (http://www.forbes.com/forbes/welcome/) and Aisa Mijeno, a Filipino scientist (http://news.abs-cbn.com/lifestyle/gadgets-and-tech/08/02/15/pinay-scientist-creates-lamp-runs-saltwater) as opposed to political heavyweights like Chinese President Xi Jingping.
There could be no clearer indication of the new world order than this. By publicly seeking out the company of private citizens with influence, the most powerful man on earth is acknowledging the vital relationship between business, innovation and politics.  (http://time.com/4154044/geopolitics-2016/)
Nowhere is this symbiotic relationship more crucial than in the information age in which we now find ourselves living in.
While the saying “Knowledge is power” is old, it is as relevant today as it ever was. The only difference is how that all-important knowledge is now disseminated.  Before the advent of the Internet, we were wholly dependent on broadsheets, televised news and newspapers – none of which were instantaneous which in turn made it easier to control by those in power.  Scandals could be conveniently hidden and injustices buried simply by denying victims of such unjust treatment a public forum for mass publication.
The Internet has evened out the playing field on the information front. Anyone with access now has the resources to reach out to a wide audience. Misappropriations of power and unfair practices, which never saw the light of day in the past, now face the harsh white glow of laptops and I Phones the world over.
Images of wrongdoing are tweeted and retweeted virtually immediately. Headlines, breaking news and public interest issues are now reported through private citizens over Facebook. Official sources of information no longer have a monopoly over the spread of news. More than ever before, the masses have the avenue of self-help.
Before the birth of the Internet, the masses did not have recourse to redress any wrongdoing apart from through official channels such as the police or government departments. The threat of going to the press was also limited by the willingness of an editor to go public. There was no way from stopping a powerful individual from influencing a particular paper on what to feature.
In short, average Joe’s ability to seek redress could be severely curtailed if the official channels are either unwilling or unable to offer assistance.
The explosion of the Internet has empowered the average Joe and given him the ability to garner as much influence as traditional power bases. It has given the man on the street the avenue of self-help.
Sarah Koenig’s podcast, Serial, (http://www.vogue.co.uk/arts-and-lifestyle/2015/11/sarah-koenig-serial-interview-and-profile) was an outstanding example of how a private citizen with no political power was able to take a state based prosecutorial and police incompetence into the global arena.
As a result of her podcast, Adnan Syed (http://www.theguardian.com/us-news/2015/nov/06/serial-adnan-syed-case-maryland-judge-reopens-case) has been given the resources to redress the wrongs done unto him in a way that he would never have had in a truly power to the people style.
Koenig’s podcast has also spawned a generation of other private citizens to create their own channels of broadcasting other governmental or civil service blunders. In more ways than one, technology has returned the right to information to the people and rejigged the balance of power between ruling politicians and the populace.
Obama has certainly seen this worldwide development and has explicitly appreciated its value. Given the jaded approach that now greet politicians, it could well be that these innovators have greater influence online than over exposed politicians. The politician can also glean greater insight into the voter public and their concerns through increased engagement with non-political players.
This phenomenon has not bypassed Singaporeans. Blogging, Social Media and online journals are more popular than ever and through this, I see greater social awareness, engagement and participation from all segments of Singapore society.
People are now less willing to simply wait for things to happen but are actively taking the initiative to see the desired outcome to fruition. Instead of being overly dependent on official channels, Singaporeans are increasingly realising the value of self-help.
From a Singaporean perspective, the government could do well to recognise the evolving face of Singaporeans and their reduced reliance on the government for everything. While older Singaporeans may be prepared to go through more traditional channels for redress and accept defeat should these doors be closed, the younger Singaporeans will take it straight to the Internet to expose a particular failure and garner publicity that way.
Instead of clamping down on the Internet, the government could do well to see it as an avenue where citizens and the government could work together for effective governance. Indeed, the Internet could be a useful and valuable source of information on any areas of government that require improvement.
The way the world is governed is changing and we could do well to embrace this change.
—
‘Ghui’ is pseudonym. The writer is a Singaporean and is a known socio-political blogger. Ghui will be a regular columnist for this publication.Follow us on Social Media