The Independent News
International Business & Economy Don't ban Pokemon GO as it has already proven to be more... 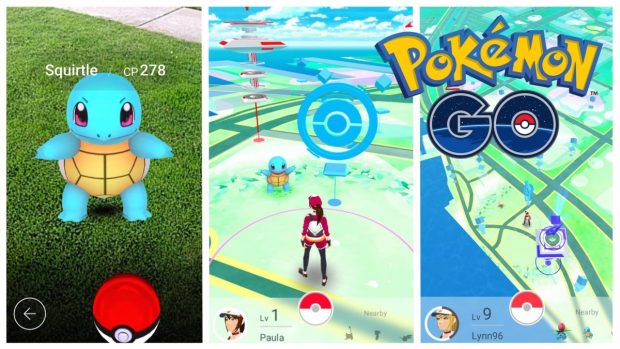 Facebook user Lhu Wen Kai in Facebook post has asked Minister for Communications and Information, Dr Yaacob Ibrahim, to consider the positive impact Pokemon GO has offered the Singaporean society, and not ban the game here in Singapore.

The user was referring to Dr Yaacob’s comments on the topic to the media: “We have to study very, very carefully whatever that is brought into Singapore … We will monitor the situation, how this particular game is being played and … its impact on society … And if it’s really something which we should be concerned about I think MDA will definitely decide on what are the things we can do best, if the game is really needed here, how… we can do it in such a way that it becomes a win-win situation.”

Lhu’s post which suggests that the game has been more effective than 2 Government Ministries, 2 statutory boards as well as the Singapore Kindness Movement, has gone viral with over 600 shares and over 1,000 likes.

—
Pokemon Go has only been released for about 12 hours in Singapore and it’s already proving to be more effective than:

a) the Health Promotion Board in getting people to leave their homes and exercise,

b) the Ministry of Social and Family Development in encouraging parents to bond with their kids,

c) the Ministry of Transport in enticing more people to use public transport,

d) the Singapore Tourism Board in promoting heartland attractions and exploration of suburban areas (just found out there’s a sixth Merlion statue nestled just a few blocks away from my home, right beside a cosy community garden I have no idea existed),

e) the Singapore Kindness Movement in encouraging citizens to be kind and helpful towards one another.

All of this, without billion-dollar campaigns funded by taxpayers’ money.

So Yaacob Ibrahim, this is the impact Pokemon Go is having on Singapore. Pokemon is truly a cultural phenomenon – back in Primary School, we used to have Pokemon “battles” with our fists, shouting out their moves and using Rock, Paper, Scissors to determine who wins. We used to each have a set of Pokemon kraks, and we’ll gather around the largest table at the school backyard, and shooting them at each other while huddling around like an illegal Hong Kong gambling den. We also used to sneak out after school to buy Pokemon cards, collect sticker packs for the binders, and trade Gameboy catridges with one another to experience the different regions (how ironic, that a game which used to cost $54 on average can now be downloaded for free). And not forgetting the animated series, when we tuned in religiously every Saturday morning, 10.30am, right after either Winx Club or Monster Allergy.

Just like how the culture of MDA lies in censoring people’s films for no good reason, Pokemon is a culture that has been ingrained in the social fabric of society, especially so for the 90s kids. So, let’s accept that this is a fad that is here to stay, and one that rightfully deserves its hype and place.

Or maybe, Mr Ibrahim, you could even use this to your advantage. In your future rallies for #GE2020, why not drop a lure or two while you’re at it – I hear it’s quite effective in bringing in the crowds.Follow us on Social Media