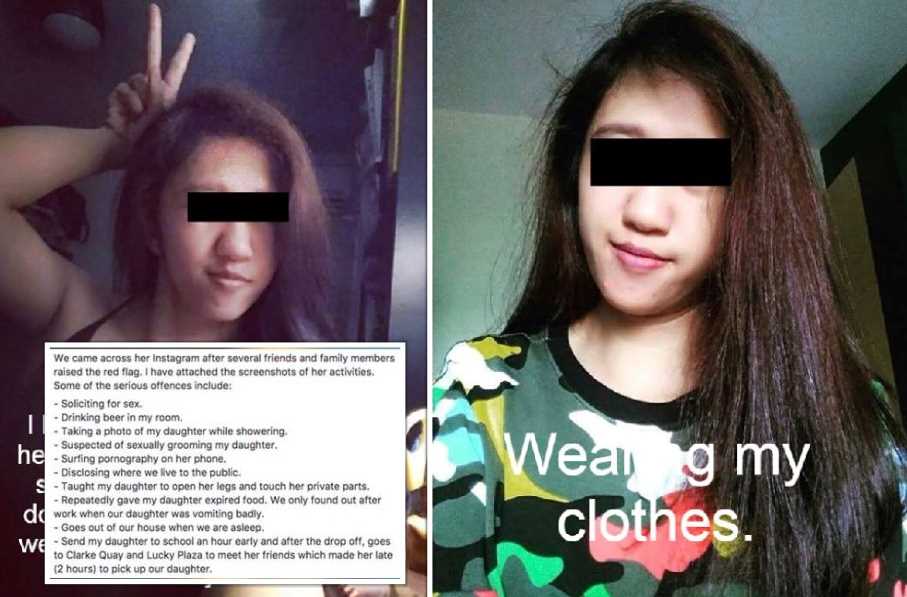 A Singaporean radio deejay has accused his domestic helper of soliciting for sex online and teaching his toddler daughter how to touch her private parts, besides committing several other morally reprehensible offences during her employment with the family.

The deejay, Dzar Ismail who hosts programmes for Malay radio station Ria 89.7FM, wrote online that his 24-year-old Indonesian helper was treated very well and based on his account, it appears that the helper was treated better than how most helpers are treated in Singapore Ismail revealed:

“As an employer, we have kept our end of the deal by providing her a fully air-conditioned room, bed, dressing table, a wardrobe, unlimited allowance for food, clothings, sanitation, and have also allowed her to communicate with anyone via top-up cards that we buy. She was given free wi-fi, an apple ipad for Youtube and Netflix, during her rest hours (which is not stated, we just gave her the liberty to rest at will). She was also allowed to have a phone to use as long as it doesn’t interfere with daily work. Or so we thought.”

However, Ismail and his wife were shocked to discover that their helper – who was employed with his family for 1 year and 3 months – was up to nefarious activities only when they chanced upon her Instagram page. Ismail wrote:

“We came across her Instagram after several friends and family members raised the red flag. I have attached the screenshots of her activities. Some of the serious offences include:

– Soliciting for sex.
– Drinking beer in my room.
– Taking a photo of my daughter while showering.
– Suspected of sexually grooming my daughter.
– Surfing pornography on her phone.
– Disclosing where we live to the public.
– Taught my daughter to open her legs and touch her private parts.
– Repeatedly gave my daughter expired food. We only found out after work when our daughter was vomiting badly.
– Goes out of our house when we are asleep.
– Send my daughter to school an hour early and after the drop off, goes to Clarke Quay and Lucky Plaza to meet her friends which made her late (2 hours) to pick up our daughter.”

Ismail also found that the helper helped herself to his and his wife’s clothes and other personal items like his wife’s cosmetics when they were not home.

Dzar immediately called the maid agency and sent his helper back to her home country. He has also written to the Ministry of Manpower to report the helper. Ismail added:

“I have asked several employers and the feedback they have given is that, it is still possible for a FDW to return to Singapore on a different passport with a different identity. I’d like to have the assurance that she will be blacklisted from working or even entering the country. I am willing to co-operate with ICA, SPF and other relevant authorities to make sure other employers do not go through the harrowing and traumatic experience that we have went through. We are also currently sending our daughter for psychiatric assessment.”

Dear Singapore Ministry of Manpower,We would like to lodge a formal complaint and also take this opportunity to warn…