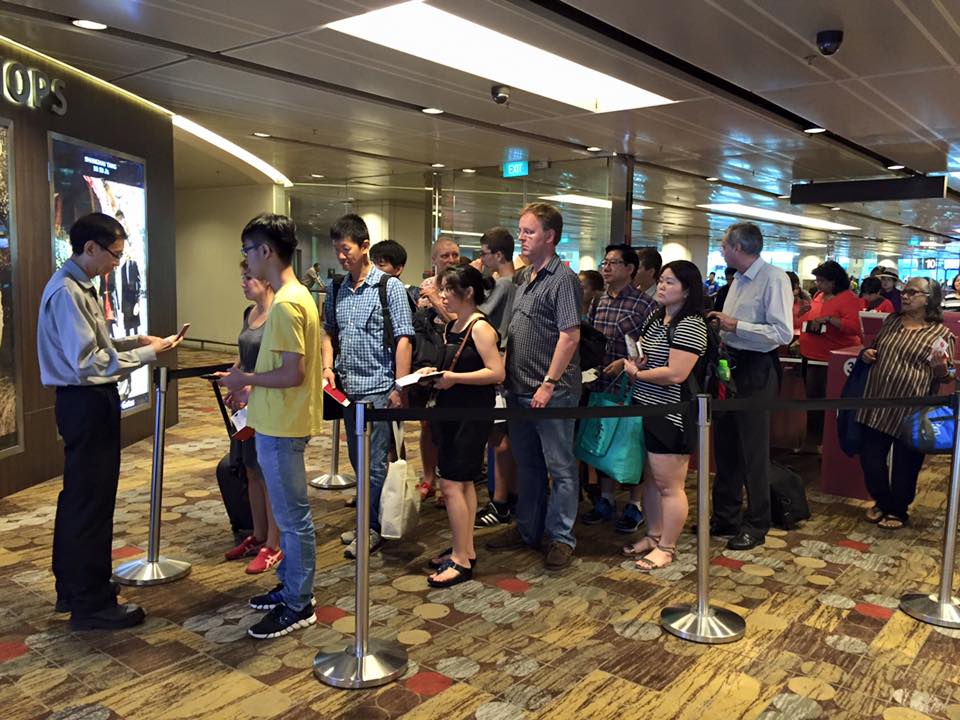 Former Nominated Member of Parliament, Siew Kum Hong, wrote about 3 things he is annoyed with about Changi Airport.
1. CAB QUEUE
“First, is the cab queue, with its system of a human being directing human traffic and, if your cab queue is located in the middle of the terminal, acting as a radio despatcher to fall for cabs to come over (presumably to another human being on the other end of the radio). So I’ve started taking Uber from the airport, when there’s a cab queue.”
2. SNAKING TAXI QUEUES AT NIGHT
“Second, is the snaking taxi queues at night, with the cab lines reaching the main roads, which pose a veritable road hazard. No workaround here except to take the MRT.”
3. GETTING YOUR PASSES CHECKED AND CHECKED AGAIN BY HUMANS
“But the third, is where Changi most resembles a third-world country airport. This is the line to get your passport and boarding pass checked by a human, after you clear the biometric machine, which is after your passport and boarding pass are checked — and stamped — by another human.”
Mr Siew did not fail to express his love for Changi Airport. “There are few, if any, airports where you can land, be in a cab in 10 min (assuming no check-in luggage), and home after 15 more min”, he said.
But he was bothered by the inefficiencies to comment that he will just “use the human counters if they are relatively clear”.

I love Changi Airport. There are few, if any, airports where you can land, be in a cab in 10 min (assuming no check-in…