The Korean-American model wrote on Instagram, "Lucky dolphins have my only Cartier ring”

Singapore—If anyone has wondered what it feels like to lose a diamond ring from Cartier, well, maybe they can DM “Bling Empire’s” Kevin Kreider.

Still, the Korean-American model seemed more than ready to move on after the loss of the Cartier ring.

In his latest Instagram post early on Thursday morning (Feb 4), he wrote, “I feel like I’ve been on cloud 9 for a while, had fun, and now onto the next project/s.”

It’s easy to understand why Mr Kreider has been feeling like he’s been on cloud 9, with his Netflix show becoming a certified hit these past few weeks. 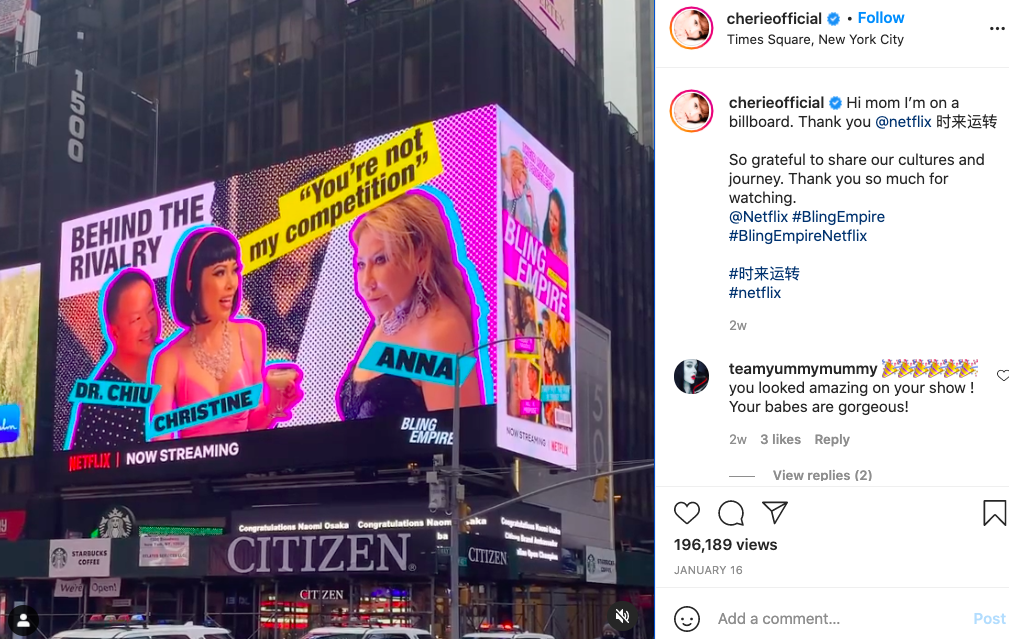 While “Bling Empire,” which follows the lives of a group of uber-wealthy Asians based in Los Angeles, has not been renewed for a second season, its stars, including Singapore’s own Kane Lim have generated a lot of buzz.

It was Mr Lim who actually spilled the beans about Mr Kreider dropping the Cartier ring into the ocean, mere moments after it was given to him by another “Bling Empire”, Christine Chiu.

Ms Chiu is the wife of a prominent LA plastic surgeon whose ancestry goes back to the emperor of the Song Dynasty.

She’s the supposed villain on the show because of her rivalry with Japanese-Russian heiress Anna Shay.

The members of the “Bling Empire” cast gathered together for a reunion after they had all tested negative for Covid-19 to celebrate Ms Chiu and Mr Lim’s birthday on a yacht.

She allegedly gave away jewellery from Cartier to the cast members.

AsiaOne reported that Mr Lim, who was documenting the party on IG Stories, wrote on one clip “@kevin.kreider dropped his Cartier into the ocean.”

Talk about a big oops.

Mr Kreider can be heard on the clip saying, “That was the only Cartier I got.”

And on his IG story, the Korean-American model wrote: “Lucky dolphins have my only Cartier ring.”

However, his sadness over losing the ring did not seem to last too long as on the same day he posted a #boatlife photo, washboard abs exposed, captioned with “wondering where my @dior endorsement is! 😂😉.” Along with its popularity, “Bling Empire” has received its share of detractors as well, with critics calling the timing of the show insensitive for portraying the adventures of the very wealthy at a time when the Covid-19 pandemic has taken an economic toll from millions of people.

However, as they say, the rich are very different from you and me.

Mr Kreider posed in front of a plane in his latest Instagram post, writing that it was, “Time to take off and fly in 2021.”