The Independent Singapore News
Home News Another police report made against Amos Yee - this time for insulting... 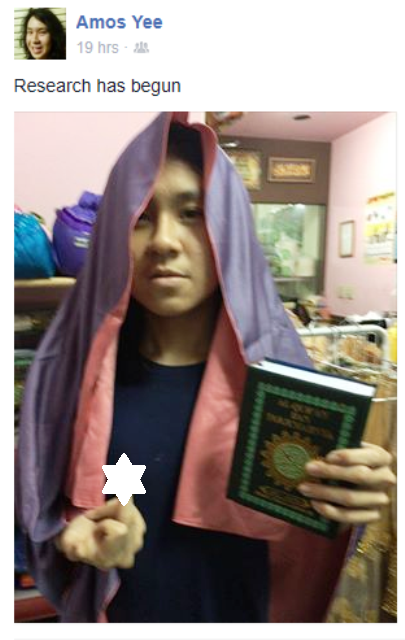 Amos Yee whose whereabouts is still unknown has uploaded a photo in his Facebook. In the photo he is seen with a shawl over his head, holding up a Quran with one hand and making an extremely rude gesture with another.
He captioned the picture: “Research has begun”.
Facebook user Mohamed Mokhsin Bin Masuri has confirmed that he has made a police report against the teen blogger.
Mokhsin said that the police officer who took his report told him that his report would not be the only one against the blogger. The officer further said, “we need the numbers” in encouraging more reports to be made against Yee.
Follow us on Social Media