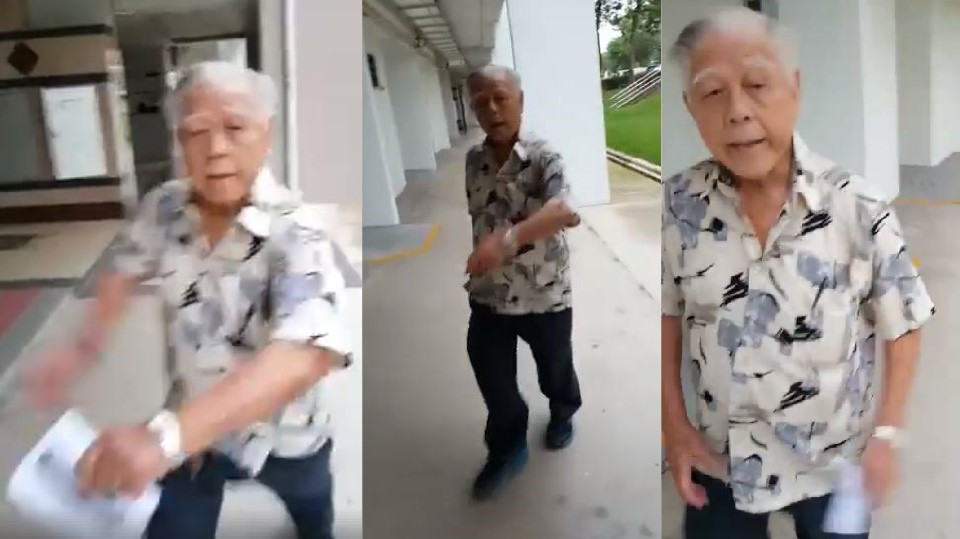 An elderly man lashed out at a girl who was filming him while she accused him of being a cat abuser. The video capturing the incident was posted online by Facebook user Sarah Leong. Revealing that the incident occurred on 28 May at 9.40am, Leong wrote:

“This old man from blk 503 Ang Mo Kio Ave 10 has been seen abusing cats before. So today a fellow cat feeder managed to capture him on video. He attacked the feeder – grabbed her phone and her arm, and attempted to hit her face many times. She screamed for help but passerbys did not intervene. Luckily her friend Yanti from across the block, heard her cries for help and ran to her help, barefooted.

“Cops came and gave him a stern warning, asked the feeder if she wanted to pursue the matter in Magistrate Courts. She declined…The feeder has the names of the two police officers who warned the old man.”

In the video, the elderly man can be heard spewing profanity as he tries to grab at the girl who is filming him. The girl calls out for help and another woman runs over to help shortly thereafter, just as Leong described. When the cat feeder tells the elderly man that she will call the police, the elderly man remains defiant and challenges her to do so.