13 most affordable condos for HDB upgraders with tight budgets 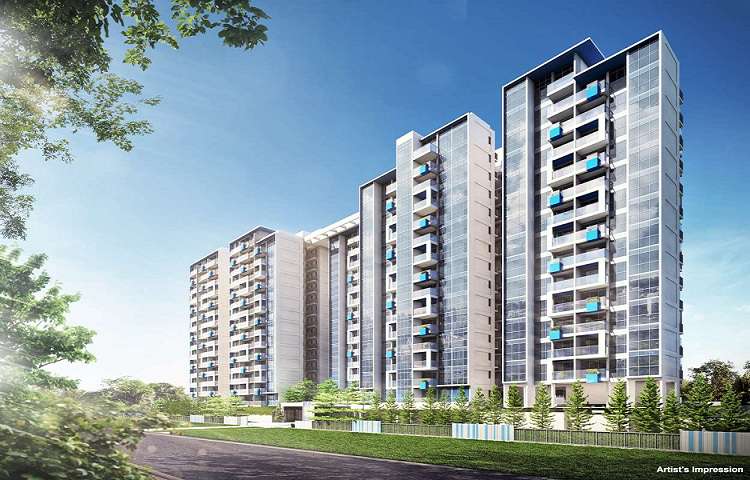 Are there any more affordable condos for those that want an upgrade from public housing? While public housing was once considered an asset that does not depreciate, the startling reality for many is that the gap between public housing prices and private residential property prices has greatly widened.

The continuing decline of HDB resale flats prices and the ever constant supply of new Built-to-Order (BTO) developments – coupled with National Development Minister Lawrence Wong’s recent confirmation that not all aging HDB flats will be eligible for the Selective En bloc Redevelopment Scheme (SERS) – stands in stark contrast to the steady climb of private property prices, along with strong collective sale demand and competitive bids by developers for land sales.

Although this may disheartened some whose dreams of owning a condominium may have dimmed given the disparity between prices – there still are several affordable condos in the market for those hoping to make the switch from public to private residential property.

Located on 626 Upper Thompson Road, the 479-unit residential property that was completed in 2012 offers residents a reprieve from the bustling city life, given that it is situated just three minutes drive away from Singapore’s second-oldest reservoir, the Lower Peirce Reservoir Park. The tranquil location of the condo allows easy access to nature-inspired activities like fishing and board-walking for families who choose to settle there.

The Waterfront Key condominium at Bedok Reservoir Road commanded an average of $1,060 psf between January 2017 and June 2018 for units ranging 1,000 sq ft to 1,200 sq ft, in comparison to condo prices in Bedok that averaged at $1,184 psf for units of the same size in the same time frame.

Completed just three years ago in 2015, the Waterfront Isle condo that is close to Waterfront Key boasts a total of 561 units. Similar-sized units in this property averaged $1,129 psf within the same time frame.

The Interlace is a prestigious 99-year leasehold condominium, built by internationally acclaimed architect Ole Scheeren, which snagged the prestigious World Building of the Year title in 2015. Nestled amongst greenery within the Southern Ridges, The Interlace offers value for money to buyers with an attractive average price of $1,287 psf for units between 1,000 sq ft and 1,200 sq ft from January 2017 to June 2018.

While The Interlace boasts of units that are mostly larger than 1,200 psf, the price it commands is a steal in comparison to condo prices in Bukit Merah that averaged $1,642 psf for similar-sized units within the same time period.

Located just about 400m from Choa Chu Kang MRT station and the nearby Lot One Shoppers’ Mall, the 457-unit Mi Casa condominium that was completed in 2012 will appeal to buyers with a budget below $1 million. It is among the most affordable condos in that price range because when compared to condo prices for units ranging from 1,000 sq ft to 1,200 sq ft in Choa Chu Kang that averaged $883 psf between January 2017 and June 2018, this 99-year leasehold averaged at $859 psf for similar-sized units in the same period.

Buying a Condominium – How to save money

Offering attractive prices below $1,000 psf, condominiums The Minton and Parc Vera stand out in Hougang. Units between 1,000 sq ft to 1,200 sq ft at The Minton averaged $986 psf between January 2017 and June 2018 while similar-sized units at Parc Vera averaged $995 psf during the same time frame.

452-unit Parc Vera, on the other hand, was completed in 2015. Located at Hougang Street 32, Parc Vera is close by schools such as Holy Innocents’ High School and CHIJ Our Lady Of The Nativity.

Condo prices in the Jurong region shot up in the past decade, with prices climbing from $628 psf in 2008 to $1,279 psf in 2016, given the area’s transformation into a lakeside business and leisure destination.

Both residential properties offer buyers great convenience given their close proximity to train stations – 712-unit Caspian that was finished in 2012 is just 353m from Lakeside MRT station while 610-unit The Centris that was completed in 2009 is located a mere 163m from Boon Lay MRT station.

Simply a stone’s throw away from Buangkok MRT station, The Quartz is the most affordable condo project in the Sengkang region, given that it averaged $939 for 1,000 sq ft to 1,200 sq ft units from January 2017 to June 2018. This 625-unit leasehold is close to schools like Punggol Primary School and North Vista Primary School that are located within a 1km radius from the property. Completed in 2014, 696-unit Waterview is just about 500m away from 597-unit The Santorini. Both leasehold projects are nearby Springfield Secondary School and Junyuan Secondary School.

Located by the Lower Seletar Reservoir Park, 608-unit The Estuary offers residents a waterfront lifestyle filled with activities like kayaking and dragon boating, besides boasting affordable prices. Between January 2017 and June 2018, prices for 1,000 sq ft to 1,200 sq ft units at the tranquil condo averaged $848 psf.

The cozier 200-unit Rosewood Suites at Woodlands averaged at $807 psf for 1,000 sq ft to 1,200 sq ft units from January 2017 to June 2018 and is perhaps among the most affordable condos for HDB upgraders. The most affordable condo units in the neighbourhood, this 99-year leasehold development located on Rosewood Drive was completed seven years ago in 2011.

If you are home-hunting for affordable condos but have a tight budget, our Panel of Property agents and the mortgage consultants at icompareloan.com can help you with affordability assessment and a promotional home loan.