Home News Featured News "You can't blame the people for getting upset" when highly paid ministers... 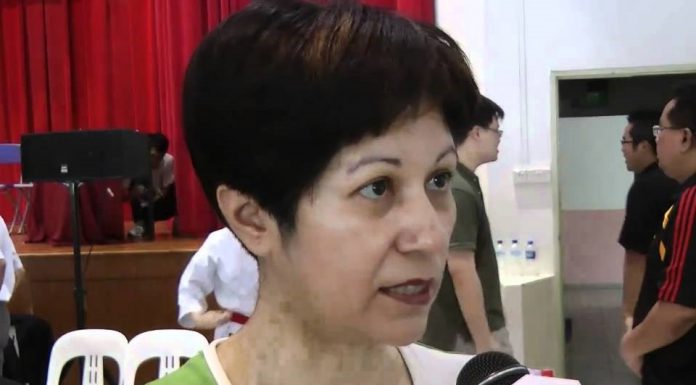 Criticism against Second Minister for Finance Indranee Rajah has continued unabated after she said on Monday that Singaporeans should “think through what they are able to afford”.

Rajah’s remarks come in the wake of Prime Minister Lee Hsien Loong’s National Day Rally speech last Sunday, in which he gave Singaporeans tips on how to manage the rising cost of living and offered that the people could turn off their mobile data and tap on wifi outside when they are not home to cut down expenses, among other suggestions.

Singaporeans who are contending with increasing expenses – what with the hefty water price increase, electricity tariffs increase and impending Goods and Services Tax hike – did not seem to find PM Lee’s tips particularly helpful.

A day after PM Lee’s rally speech, Rajah threw her weight behind her party leader and said that the Government is committed to doing it part but the people also need to make the right choices.

She told 93.8FM: “The Government will do its part – that is our commitment. We want to make sure that Singaporeans are able to manage their cost of living, their daily expenses. But at the same time, we hope that people will also think through what they are able to afford and manage and also to make the right choices.”

While hundreds of Singaporeans flamed Rajah for her “patronising” as soon as Channel News Asia shared a clip of Rajah sharing her views on the matter, the uproar has not died down in the days after the video went viral.

One young socio-political commentator explained why the people are so upset with the parliamentarian’s remarks in a comprehensive post on social media.

Explaining that while Rajah’s views may be well-intentioned, Rio Hoe asserts that it still comes across as “accusing people of either being stupid or insincere” as they try to grapple with the rising cost of living. Hoe wrote that it is especially inflammatory to hear such advice from ministers who earn such high salaries that are out of reach for many ordinary folks:

“In case anyone is still wondering why people responded negatively, get this: when people begin to complain about living costs, an overwhelming majority of them are suffering due to a myriad of complex reasons, many of which are beyond their control. I have yet to meet someone who has fallen on hard times because they have been streaming too much Netflix on their smartphone or eating out too often.

“When our leaders provide “solutions” that border on being patronizing, they come across as accusing people of either being stupid or insincere. Stupid in that they could not have thought of these “solutions” on their own (and therefore needed an elite class of politicians to inform them); and insincere in that they are complaining about living costs but still spending thoughtlessly (and should therefore be put in their place). Neither of these are true, at least in the case of an overwhelming majority of Singaporeans.

“When people are feeling helpless, the last thing you should be doing is teaching them the importance of helping themselves, even if that might form part of the solution.

“The government is correct to the extent that it is true that one’s personal spending habits affect the extent to which one is affected by the pressure of rising costs, and their message appears to be well-intentioned. However, people know this already, and many people are doing what they can. And so you can’t blame people for getting upset when you talk to them this way, especially not when our politicians are earning million dollar salaries far beyond the imagination of the common Singaporean.”