The Workers' Party has reduced the gist of each speech into easily understandable, and often illustrated points featured on the party’s Facebook and Instagram accounts

Singapore—Applying the same savvy that helped it gain tremendous ground in July’s General Election, the Workers’ Party (WP) has come up with a series of bite-sized explainers on its recent motion in Parliament on “Justice for All.”

Since listening to the speeches or reading their transcripts may be quite time-consuming for the everyday overworked Singaporean, the WP has reduced the gist of each speech into bite-sized, easily understandable, and often illustrated points featured on the party’s Facebook and Instagram accounts, a helpful educational tool especially for the digital natives of today.

And it looks as though the tactic is effective in reaching intended audiences, as not only are they getting a good share of views, but viewers are also sharing the informative posts widely. This is one way the WP is finding success in keeping the electorate engaged even after the GE.

Ms Lim, who delivered the first speech, emphasized that the WP does not believe the current justice system is ineffectual, but that there is “room for improvement in any system.” She focused on equal access for the poor, victims’ rights and roles, and law enforcement practices so that the system works for everyone. 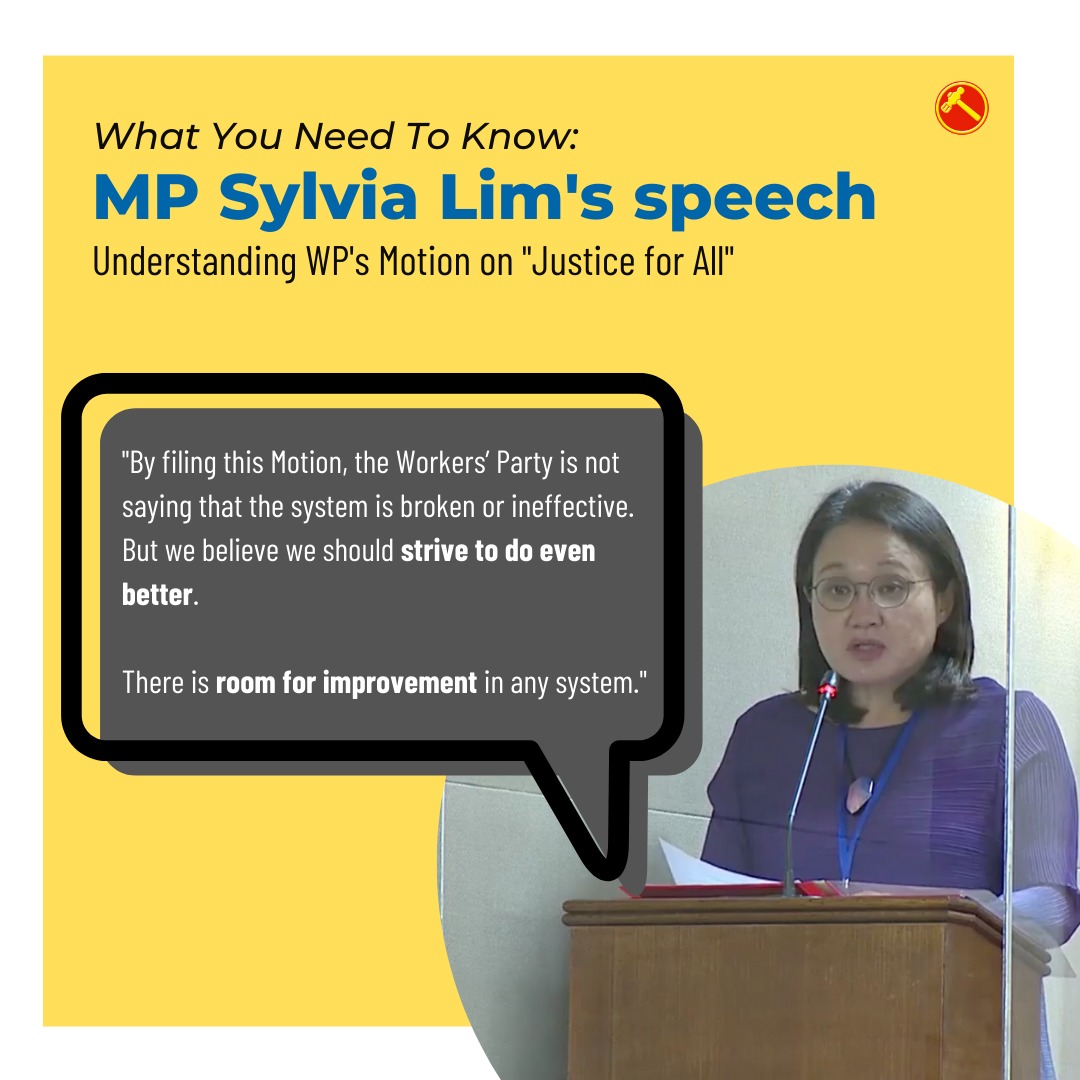 Ms He, in her speech, brought up three important steps towards reducing barriers to access to justice—access to representation, access to aid, and compensation for miscarriages of justice. Citing the recent high-profile case of Indian domestic helper Parti Liyani, whose conviction for theft was overturned, she asked, “What would the chances be that Parti Liyani would have secured an acquittal if her had not been represented by a degree lawyer?”

Ms He added, “If we do not put in adequate measures to address these concerns, we could end up having a justice system that is oppressive for the poor and disadvantaged?” The LO highlighted the conflicts of interest in the Attorney General’s (AG) role in his parliamentary speech, underlining that fairness and independence are cornerstones of the country’s criminal justice system. The AG’s dual role could bring about the potential for abuse.

The Workers’ Party recommends that the role of the AG be split between functioning as the Public Prosecutor and legal adviser to the Government. 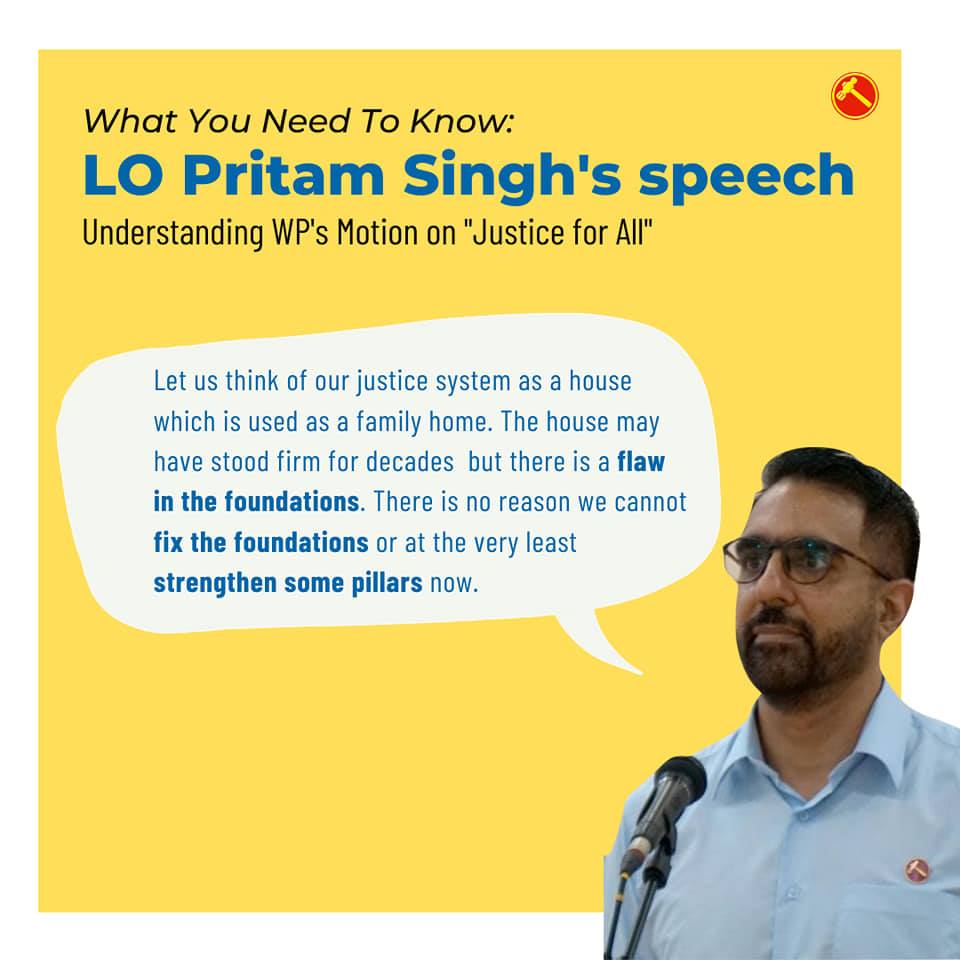 Mr Tan called on the Government to enhance the selection and training of Singapore’s judges, since “the role of judges and the judiciary is critical to further bridge the justice gap.” He urged that the minimum seniority requirements for judicial officers be increased. 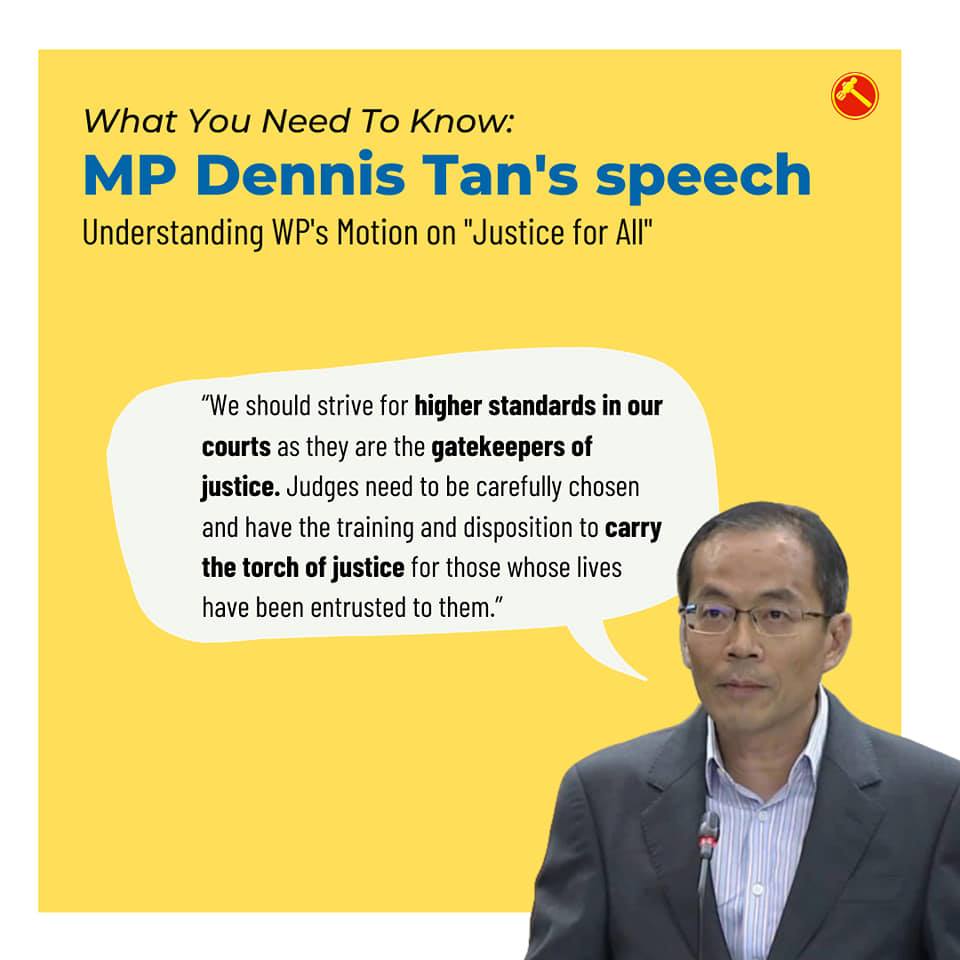 Finally, Mr Perera extolled the need for an independent ombudsman in Parliament, as an Ombudsman would “provide access to an independent public office with the resources to investigate potential wrung-doings or lapses in the conduct of public officials.” 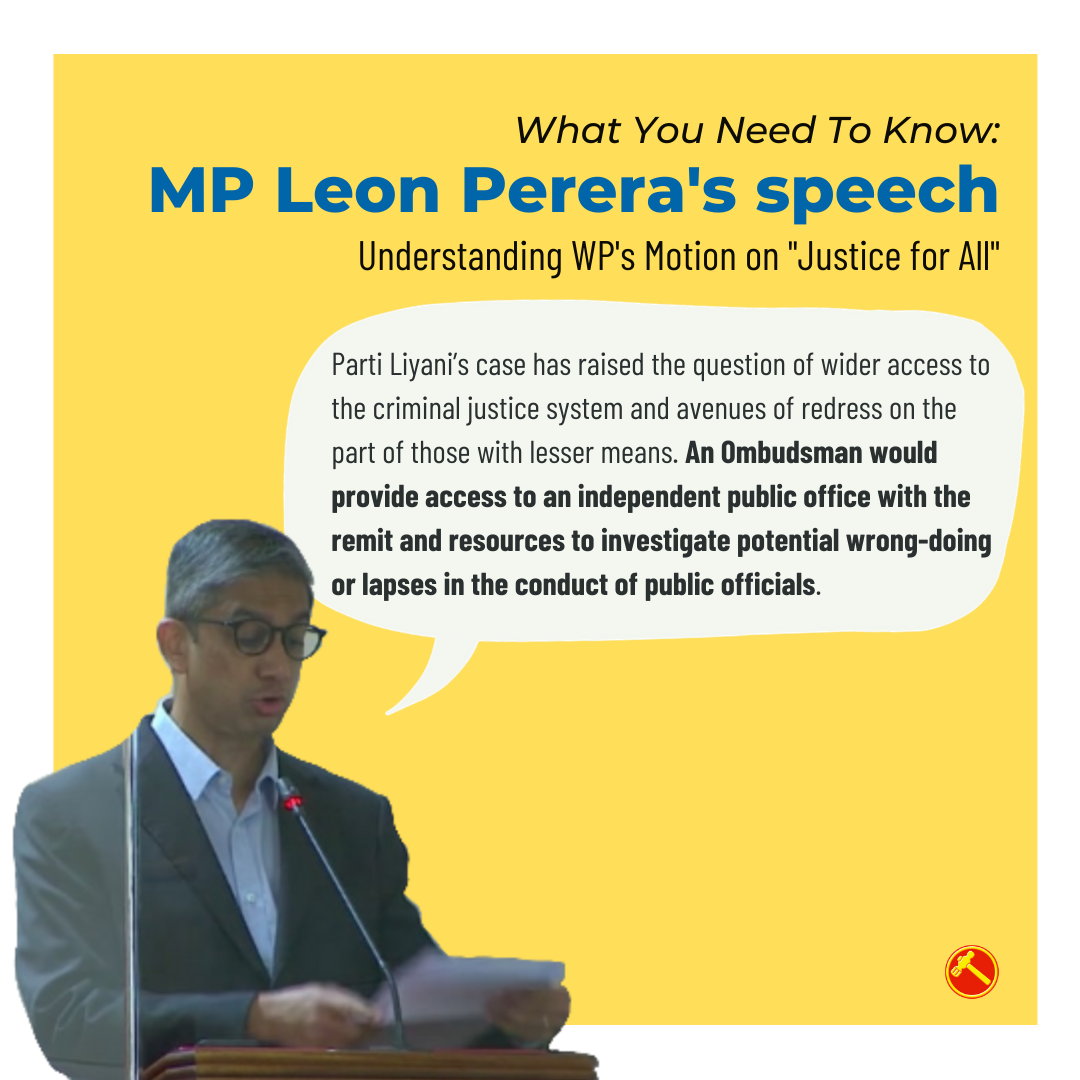