The Independent Singapore News
Home News Would you pop a Viagra to pass IPPT? One NSF did

Would you pop a Viagra to pass IPPT? One NSF did 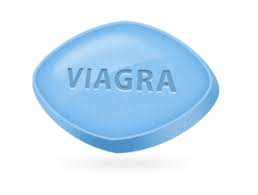 To what extremes would you go if you kept failing your IPPT? One full-time national servicemen decided to pop a Viagra to see if it would help. This is the account of a Reditter who goes by the name of ‘throwwwwsg’, who did exactly that.
“Confession time! I actually tried this a couple of years back.
Why? Because I was failing NAPFA’s running portion, and desperately didn’t want to join NS three months earlier. I read a news article that claimed that Viagra improved athletic performance by enlarging your blood vessels, allowing your heart to pump more oxygen and increasing stamina. At the time, it sounded like what I needed.
So I went out to get some, which was surprisingly difficult. The local Guardian/Watsons didn’t have any (so embarrassing to ask though) and it was relatively expensive (I don’t remember how much, but more than I was willing to pay). I eventually managed to get a few pills though.
Not wanting to waste any of it, I didn’t really test Viagra before the NAPFA day itself, so I didn’t what to expect either (though I had the deluded confidence that I’d made a genius discovery). Turns out… it didn’t really work. Well, my running time improved by 10-20 seconds, but it wasn’t enough to pass. With such a small improvement, I couldn’t really chalk it up to the Viagra.
And… you’re probably wondering: how about boners? It wasn’t really a problem, was either too tired to notice or it was just that my blood diverted to everywhere else except down there.
The moral? Maybe it’ll work for you, maybe it won’t. Didn’t seem worth it to me.”
Seems like NSFs will go to any extremes to pass their physical fitness tests. But popping Viagra before a test is not one of them.
But besides saving relationships, Viagra may also be helpful in saving lives. WebMD says that Viagra is useful in high altitude related illnesses.Follow us on Social Media