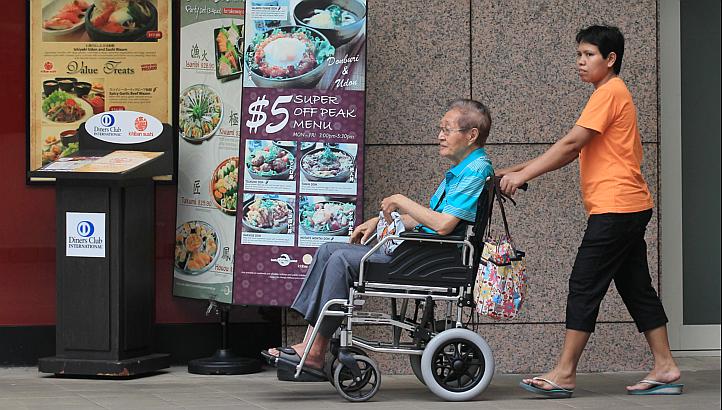 Member of Parliament for Aljunied GRC, Pritam Singh, has written in his Facebook page about how he accepted the feedback of one of his elderly residents to to cut a pathway through an archway which connects one block with another in his estate.
Previously the dividers in the archway required a wheelchair bound person to negotiate around it, exposing them to the rain.

Mr Singh said that his town council was working to rectify a similar design-flaw in another archway connecting a different set of blocks in his constituency.
In neighbouring Fengshan single member constituency however, Bedok Town Council has erected barriers in the covered walkway between Blocks 100 and 101 in Bedok North Ave 4. Through signages placed at the walkway, the town ouncil has advised users to dismount and push their cycles.
It had forgotten that wheelchair-bound residents also need to use the walkway, and it will be especially useful during rainy weather.

Meanwhile Singapore Democratic Party member, Abdul Salim, has posted pictures of barriers being erected along the pavement on the road in the Marsiling-Yew Tee GRC. He wondered what was the purpose for building that obstacle.