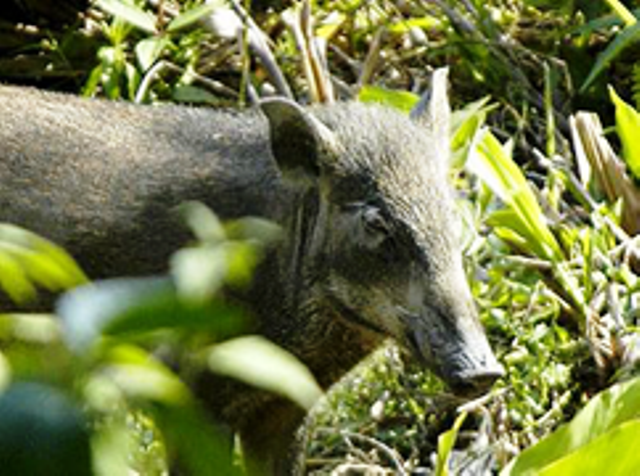 A wild boar was spotted in the Bukit Panjang’s Zhenghua Nature Park area. It appeared to be afraid to be out in the open with humans and tried to find an escape route back to the nature park.

Some other pictures which have emerged online showed the wild boar cowering and trying to hide from prying human eyes.

This is not the first time wild boars have been spotted in that area. Some time last year, a piglet was spotted in Jelapang Road.