The Independent Singapore News
Home News SG Economy What Dr Tay Eng Soon did for ITEs and Polys were not... 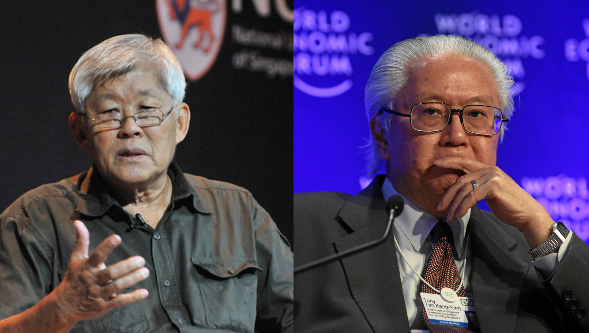 By: 永久浪客/Forever Vagabond
It was reported that at an SDP public forum last Saturday (16 Jul), one of the panelists, Mr Tay Kheng Soon. told the audience that because his brother, the late Dr Tay Eng Soon, stood up to then Education Minister Tony Tan instead of becoming a “yes” man, his brother’s career was “truncated” by the PAP.

Mr Tay said about his brother (https://theindependent.sg.sg/ite-and-poly-education-is-bad-rubbish-did-tony-tan-say-that), “As you all know my brother, the late Tay Eng Soon, was the Minister of State for Education, he fought for ten years within the cabinet to increase the funding for the ITEs and Polytechnics, and his career prospect within the party was actually truncated by it.”

“The reason was – he never told me what actually happened, loyalty to the party, right? After he died, his wife told me the real story. All the time, Tony Tan, that’s why I have no respect for Tony Tan at all. Tony Tan said to him all the time, all through the ten years, ‘Why do you want to throw good money after bad rubbish?’ I cannot stand this. This is the inherent elitism. You have to break that.”

So, according to Dr Tay Eng Soon’s brother, Mr Tay, who heard it from Dr Tay’s wife, Tony Tan then as the Education Minister was of the view that ITEs and Polytechnics are “bad rubbish”.

Who is Dr Tay Eng Soon?

Dr Tay was an important educator playing a crucial role in developing Singapore’s technical training institutes (ITEs) and polytechnics. He served in the Ministry of Education for more than a decade (http://eresources.nlb.gov.sg/infopedia/articles/SIP_667_2005-01-11.html).

In his early years, he studied in ACS. In 1960, he made headlines for topping the entire Singapore cohort in the then HSC examinations (i.e, ‘A’ level). After his HSC, he enrolled in the University of Bristol in UK to study electrical engineering as he felt that he could best serve Singapore later as an electrical engineer, as Singapore gradually industrialized.

In 1963, he graduated with a Bachelor of Science with first-class honours in electrical engineering and continued his studies at University College London with a scholarship from the Royal Society of UK. He completed his studies in 1966 and obtained a doctorate in microwave engineering.

After receiving his doctorate in 1966, Dr Tay joined the Culham Laboratory of the UK Atomic Energy Authority as a research associate. He spent about four years at the laboratory conducting fusion research.

He went on to play a pivotal role in the development of polytechnics and institutes for technical training in Singapore.

As the minister-in-charge of polytechnic education, Tay expanded polytechnic enrolment rapidly and established Nanyang Polytechnic, the fourth polytechnic in Singapore, to meet anticipated future demand in the labour market for diploma holders.

Instrumental in promoting technical education, Dr Tay developed the VITB and laid the foundation for the establishment of the Institute of Technical Education (ITE) as a post-secondary educational institution. He took a personal interest in driving national initiatives such as BEST (Basic Education for Skills Training) and WISE (Worker Improvement through Secondary Education) under VITB’s Continuing Education and Training system to raise the educational level of the workforce.

In 1992, the ITE was established and it replaced the VITB. As chairman of ITE, Dr Tay ensured that the technical training provided by the institute was tailored to the needs of the economy. He also set up ITE’s Centre for Music and the Arts to help develop students’ talents, confidence and public speaking skills through music, arts and culture. He was also responsible for the establishment of the Open University Degree Programme for adult Singaporeans to continue their education.

Most important of all, under his charge, the post-primary VITB was transformed into the post-secondary ITE, with progression paths for the weaker students to acquire higher qualifications. By opening new pathways to higher education and training, he gave hope to those who had formerly been given little hope. A good example is Mr Mohamed Akhbar Khan Akhtar, an ex-ITE student who entered NUS after completing his ITE and polytechnic studies, graduated with a First Class Honours degree in Electrical Engineering from NUS (http://news.nus.edu.sg/news-media/1491-ite-graduate-received-first-class-nus-degree).

Dr Tay had been suffering from a series of major health problems since the 1980s. He died from heart failure and other complications on 5 August 1993 at the age of 53.

Certainly, the fact that Dr Tay has been honored extensively after his death shows that what he did for Singapore was not “bad rubbish” at all.Follow us on Social Media