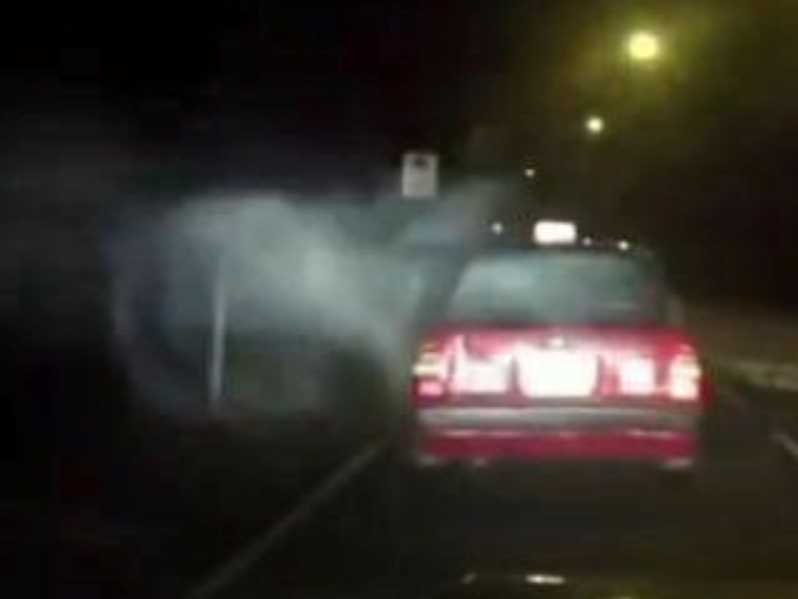 A video of a “ghost” allegedly attacking a taxi has been going viral on social media. The video doesn’t appear to have been taken in Singapore but has been trending here, with many Singaporean social media users sharing the footage.

In the video captured by another vehicle’s dashboard camera, a taxi is driving along a quiet road at night when suddenly a smoky fog appears to enter the cab, forcing the driver to swerve and stop by the side of the road. The driver in the vehicle behind the taxi can be heard freaking out in the 23 second clip:

The video has been viewed over 800,000 times so far and has garnered almost 10,000 shares at this time.Follow us on Social Media