Uncle blocks public bus and bangs door, challenging driver to come at him 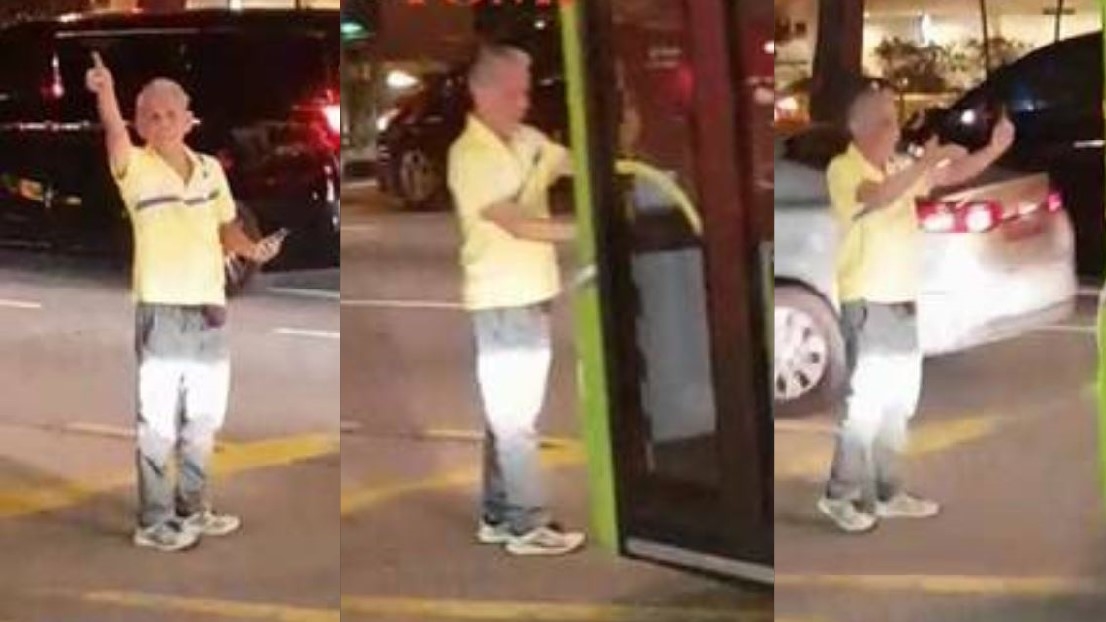 A video of an older man standing in the way of a public bus at Clarke Quay and appearing to challenge the bus to come at him. The incident occurred at the bus stop at Clarke Quay MRT Station exit E around 10.40pm, last Saturday.

Netizen Wani saw the man planting himself in front of a bus and refusing to move. It is unclear why the man acted in the manner he did.

The man proceeds to take out his phone and seems to record the driver, while he remains stands on the road in front of the bus, and appears to gesture to the driver to come at him. Wani recounted:

“The man was banging on the door of bus service 2. I was walking out of a store near the bus stop when I heard loud banging. He stood in front of the bus when it wanted to drive away. He seemed to be mad at the driver for some unknown reason.

“A couple passing by tried to ask him what happened but he was too furious and couldn’t calm down. The man was there for at least five minutes but my bus arrived so I left.”