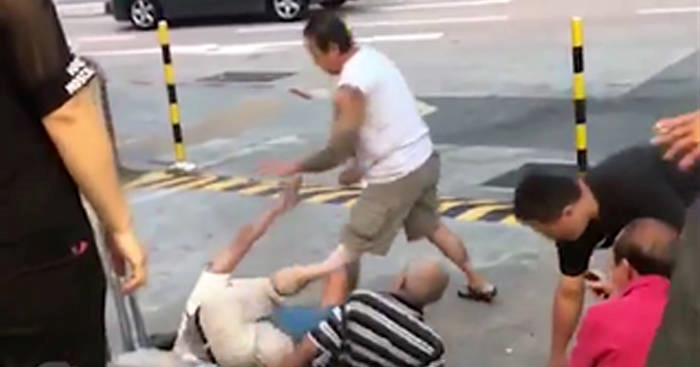 The police have arrested a 66-year-old and a 60-year-old for their suspected involvement in a violent brawl that broke out at the S-11 coffee shop at Block 101 Yung Sheng Road in the Taman Jurong area, at around 7.20pm on Sunday (3 Mar).

According to the police, a 52-year-old man was assaulted with a knuckle-duster and conveyed to Ng Teng Fong General Hospital. The alleged assailants fled the scene when the police arrived.

The police have reported that officers from Jurong Police Division established the identities of the two suspects through ground enquiries and footage captured by police cameras.

Both senior citizens were arrested on Monday (11 Mar) and were charged in court on Wednesday (13 March) with voluntarily causing hurt with a dangerous weapon with common intention.

Watch the video of the altercation here:

https://www.facebook.com/FabricationsAboutThePAP/videos/294964824507568/Follow us on Social Media