This Is How Dictatorship Begins – Gag the Press 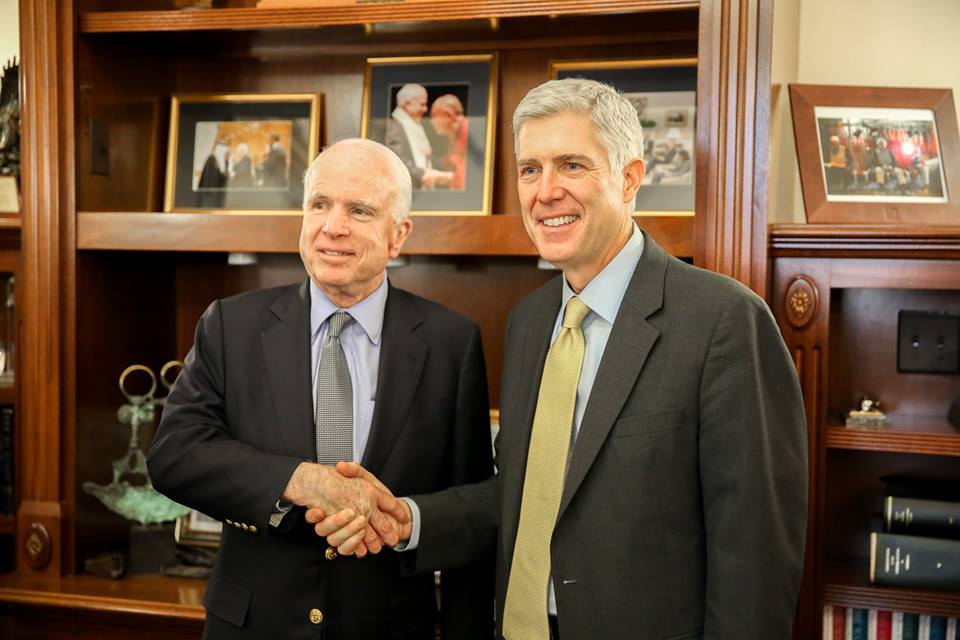 Former US presidential nominee, John McCain in a swipe against Donald Trump has said dictatorship begins when leaders begin muzzling the press.

McCain’s roundhouse is instructive as most of Asia from Myanmar, to Pakistan, China, Vietnam, Taiwan and to a narrow extent Malaysia, are steeped in authoritarian governments who brook little or no dissent and newspapers that run afoul of the dictum of such states run the risk of state-sanctioned action either in legal suits, imprisonment, or even both.

“I hate the press,” McCain told NBC’s Meet the Press in an interview, taped at a security conference with European leaders in Munich. “But the fact is we need you. We need a free press. We must have it.”

America’s press is discernibly one of the world’s most vibrant, robust and adversarial, has guaranteed protection under the constitution. In most instances it acts as the fourth arm of the government and never resists a chance in its advocacy for clean and open government.

“I’m very serious now, if you want to preserve democracy as we know it, you have to have a free and many times adversarial press. Without it, I am afraid that we would lose so much of our individual liberties over time. That’s how dictators get started”, insinuating perhaps that most of Trump’s outbursts against the press labeling them as ‘dishonest and ‘enemies of the American people’ as being particularly incendiary suggesting a revolt against age-old American traditions.

In the interview, McCain said he was not alluding to any one remark, but rather a pattern of authoritarian leaders who quickly attempted “a consolidation of power”.

“When you look at history, the first thing that dictators do is shut down the press,” he said. “And I’m not saying that President Trump is trying to be a dictator. I’m just saying we need to learn the lessons of history.”
McCain flummoxed by Trump’s remarks and especially after Trump boasted about violating women withdrew his endorsement of his Republican party’s anointed candidate in late 2016.

McCain’s brush with Trump first appeared in 2015 when the New York businessman discredited McCain’s heroics during the Vietnam War when he said that McCain was not a war hero. “I like people who weren’t captured,” Trump said, scornfully.