The Independent Singapore News
Home News SG Economy The big change without Lee Kuan Yew has affected our relationship with...

The big change without Lee Kuan Yew has affected our relationship with China, Tan Jee Say 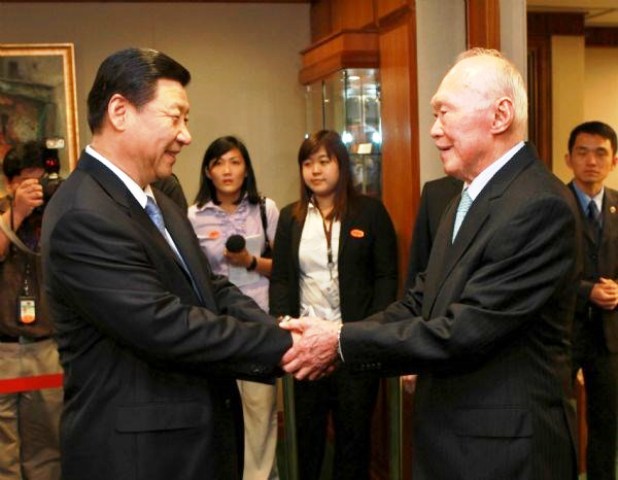 Singaporeans First Party’s secretary-general Tan Jee Say has said that the recent rebuffs by China as well as the declaration by the American President-Elect Donald Trump that the Trans-Pacific Partnership is a ‘no-go’, prove that Singapore’s Prime Minister Lee Hsien Loong is “a nobody on the world stage now”.

He made that remark in referring to the commentary by the The Straits Times Editor At Large Han Fook Kwang’s article ‘What’s behind Singapore’s latest run-ins with Beijing‘. “China has changed but Singapore has not”, the editor reasoned for the worsening state of China-Singapore relations.

Mr Tan said that Mr Han is both right and wrong and that Singapore has changed in that there is no more Lee Kuan Yew. He said that it was a big change because China regards personal relationships highly.

“While China would give face to the senior Lee for the occasional outbursts of an enfant terrible son, this was wrongly interpreted as her official policy stance. When (Lee Hsien Loong) cracked jokes before an American audience about inhaling free smog in polluted Beijing and drinking pork soup from dead pig carcasses in the Yangtze River, China did not react to the insults. But when he tried to lecture China on the rule of law following the Hague tribunal ruling on the South China Sea, and started to take sides in the dispute, China’s core interest was put at risk. Hence her angry reaction to Singapore.”

Mr Tan suggested that Mr lee had to build up his stature first and earn the respect of other countries.

The opposition party’s leader agreed that the Republic’s Prime Minister should stick to Singapore’s core principles consistently but without throwing his weight around and expecting others to nod.

He also cautioned Mr Lee against declaring neutrality whilst openly taking sides in an international dispute.

“Hypocrisy will not earn him any credibility or respect,” Mr Tan said. Adding: “Only honesty, not double-dealing, will do so for a small country.”Follow us on Social Media