Sylvia Lim will not apologise to House over GST hike comments 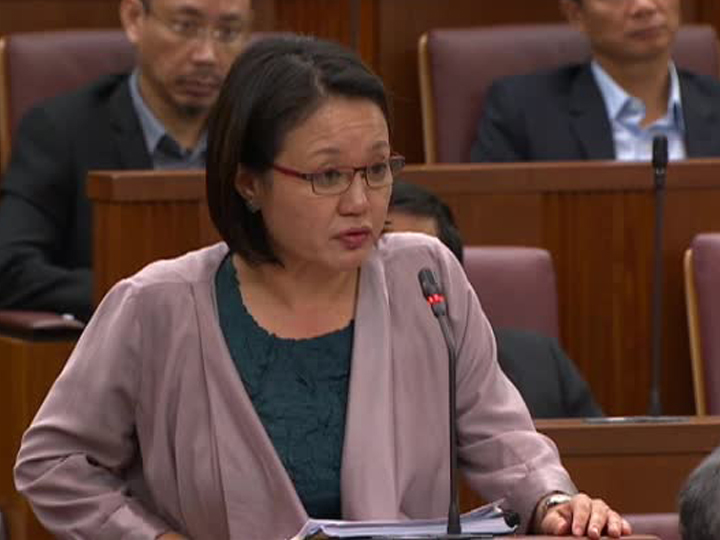 The following is a media release by the Workers’Party.

I had written to Speaker on Monday evening, 5th March, to inform him that I wished to make a statement in the House concerning the exchanges I had with Ministers Heng Swee Keat and Shanmugam during the Budget Round-up on 1st March. The next morning, on Tuesday, 6th March, Speaker informed me that the Leader of the House also wished to make a statement on the matter. I was not informed of when she would do so. She subsequently made the statement that same morning at the start of the sitting, while I was on my way to Parliament. She has extended a copy of her statement to me by email.

Speaker Sir, after the debate on 1st March, I have had time to track back what led me to have the impression and suspicions I articulated during the exchanges with the Ministers. I would like to share these findings.

Since 2013, the PM had said that our expected increases in spending would require more tax revenue. Finance Minister Heng had also made a similar statement in last year’s Budget, saying that the Government was studying how it would raise revenue through new taxes or raising tax rates. These statements were very general and did not specify any timeframe for the raising of taxes.

In November 2017, during the PAP Convention, PM Lee announced definitively that the Government would be raising taxes, as Governmnent spending on investments and social services grew. He further stated that Finance Minister Heng was right when he said raising taxes was not a matter of whether, but when. PM’s statement was made on 19 November 2017, with the Budget Statement for 2018 just three months away.

Naturally, these announcements concerning tax increases set off public discussion and speculation. Three days later, on 22 November 2017, the Ministry of Finance issued a statement that PM Lee’s announcement at the PAP Convention was “in line” with a much earlier statement by DPM Tharman when he was Finance Minister in 2015. DPM Tharman had then said that the revenue measures that the Government had already undertaken would provide sufficiently for increased spending planned until the end of the decade. In reporting the MOF statement, Channel News Asia commented as follows:

“The Ministry’s statement came after Mr Lee’s comments on the impending tax hike triggered public discussion that the Government is making a U-turn.”

MOF further stated that planning for the issue “now” would allow the Ministry to “better ease in the needed measures, and to give our people and businesses some time to adjust”.

The MOF statement did not definitively say that there would be no tax increase in this Budget. The fact is that raising taxes in the Budget and only announcing it in the Budget Statement was what the Government had done in the past.

Hence, the uncertainty over whether taxes, and in particular GST would be raised this Budget, continued even after the MOF statement. This was fueled further when MOF office-holders kept up the discussion on raising taxes in the immediate run-up to the Budget Statement, saying they were working on “when”. Prominent economists went on record to predict that the GST rate would be raised in 2018 or 2019. Such economists included those from UOB, Ernst & Young, and DBS.

What is notable is that nowhere in the discussions just before Budget 2018 did the Government publicly commit that it would not raise GST before 2021. This was only announced on 19th February during the Budget Statement.

Thus, during the heat of the exchanges at the Budget Round-up, I articulated my suspicion. In doing so, I believe I was doing my duty as an MP to convey ground concerns, reactions and confusion. I did not accuse the Government of being untruthful as alleged, and neither had I intended to accuse the Government of dishonesty. I do not accept the over-characterisation the PAP Ministers have put on my words and intentions, based on their own interpretation borne out of over-active imagination and over-sensitivity.

Since the Government has now strongly refuted that it had any intention to raise GST immediately, I can accept that my suspicion then may not have been correct.Follow us on Social Media