Standard Chartered under investigation for $1.4 billion transfer to Singapore 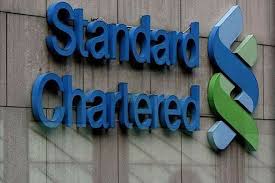 The Monetary Authority of Singapore (MAS) and the Guernsey’s Financial Services Commission were looking into the movement of assets in late 2015, months before the Channel Island adopted a global framework for the exchange of tax data.

The transaction involves $1.4 billion held by Standard Chartered Plc in Guernsey, mainly on behalf of Indonesian clients, was transferred to Singapore just before the island moved to new tax transparency rules, officials said as reported by Reuters.

Indonesia is investigating reports the $1.4 billion transferred to Singapore but its regulatory body and that of Singapore and Guernsey have not confirmed the nature of the customers or of worries around the funds,but a person familiar with the matter said part of the concern stemmed from links between some of those private banking clients and the Indonesian military.

The rule change meant that countries automatically share annual reports on accounts belonging to people subject to taxes in each nation. Britain, Guernsey and Singapore have all signed up, but Guernsey implemented the rules ahead of Singapore.

“This was not a transfer by one Indonesian citizen but by many customers. We are now checking their annual tax reports, as well as their report of assets, for those who participated in the (Indonesian) tax amnesty,” Hestu Yoga Saksama, a spokesman for Indonesia’s tax office, said.

“If those assets are reported in annual reports or declared during the tax amnesty, it surely means there are no problems. But if they were not, we are going to follow up under the prevailing regulations.”

The investigation was first reported by Bloomberg, which cited anonymous sources saying that Standard Chartered had reported the matter itself to the regulators.

It said the sources said regulators were looking into Standard Chartered’s processes but had not suggested the bank colluded with clients to evade tax.