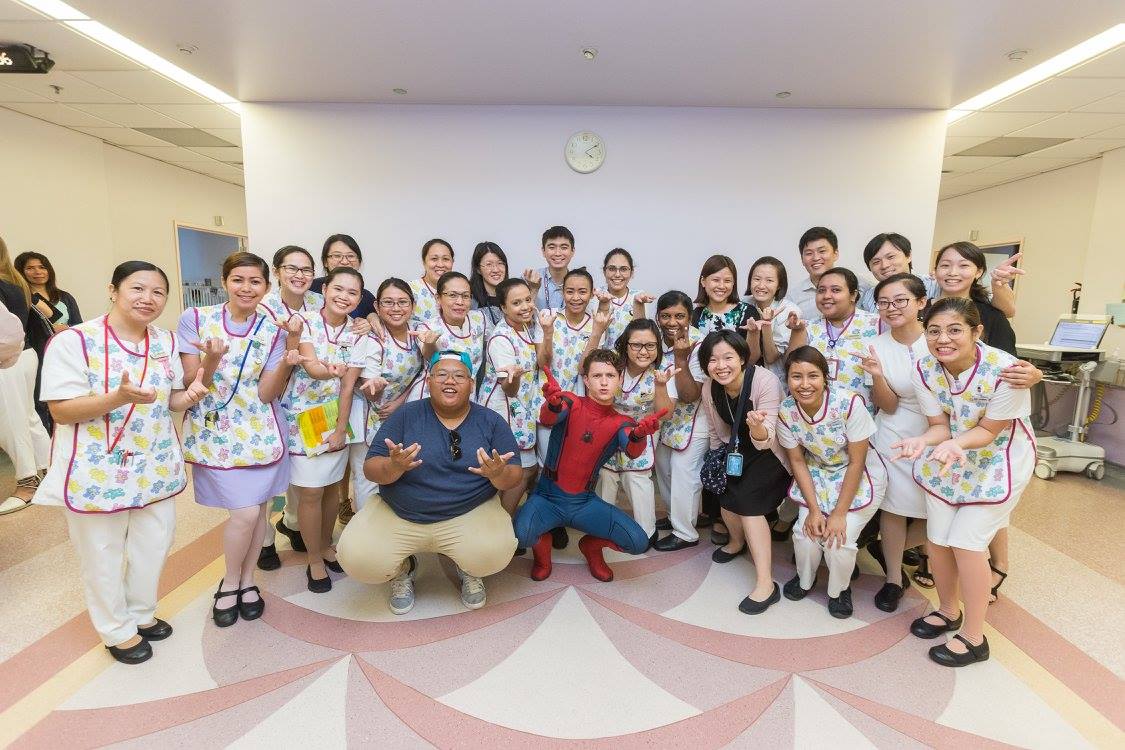 Did you know that when the newest and youngest Spider-Man, Tom Holland, was in Singapore recently to promote Spider-Man: Homecoming, he also visited KK Women’s and Children’s Hospital, dressed in character, to cheer up the children at the hospital?

it’s true! Holland spent an afternoon at KKH charming the nurses and doctors and spending some quality time with the children there, bringing them toys, signing autographs and posing for photos.

He was accompanied by his on-screen sidekick Ned Leeds, played by Jacob Batalon.

In an interview to Channel News Asia, Holland enthused about why he enjoys making hospital visits as Spider-Man:

“It’s just one of those things that it’s no skin off my back, you know — it’s an afternoon of your time, and it really does cheer up these kids

“If I can bring happiness to people all around the world, then I will try my best to do so. And I think one of the most important places to do that is in a children’s hospital, especially being Spider-Man.”

Spider-Man: Homecoming opened in theatres at the end of June 2017 and has made a worldwide total of $268.7 million US dollars at the box office, as of 10 July. The film has received rave reviews, with review aggregator website, Rotten Tomatoes, giving the movie a 93% rating based on 222 reviews.

Tom Holland has been singled out for acclaim, by critics and viewers alike.

Guess who was in town and swung by KKH?None other than everyone’s favourite web-slinger, Spider-Man – played by Tom…

Posted by KK Women's and Children's Hospital on Tuesday, 11 July 2017