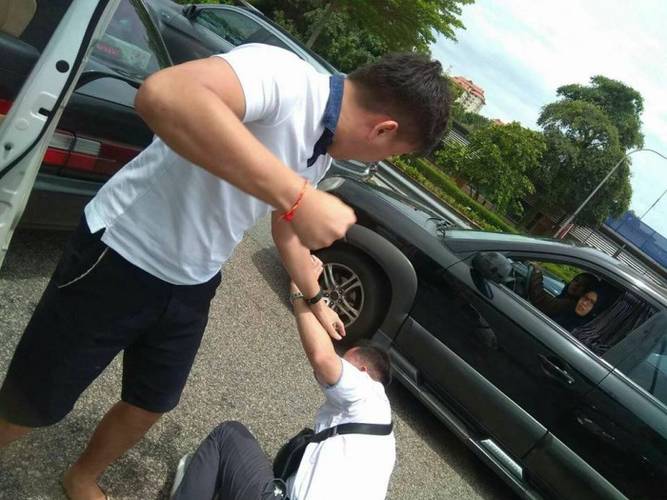 A Malaysian driver – believed to be a Singapore Permanent Resident – allegedly assaulted a chauffeur who was ferrying a Malaysian family from Singapore back into Malaysia, at the Malaysian Customs side of Tuas Checkpoint.

One of the passengers in the chauffeured car, Vivian Ngee, shared photos of the incident on Facebook but removed them shortly after. It appears that the incident occurred over the weekend.

In her Facebook posts, she alleged that a Nissan driver, with licence plate number ER929S, hit her chauffeur’s car after cutting into their lane from the motorcycle lane:

“He got down his car and caught our driver and made him exit the car to fight. He even called himself a Malaysian, so disgraceful.

“Our chauffeur only alighted the car to tell him that he was driving a company vehicle, but the Nissan driver simply hit him.”

The Chinese daily reported that the assailant is presently working in Singapore and apparently a PR-holder here.

The chauffeur’s boss told the publication:

“Our driver initially didn’t want to take any action. We saw that the other party is still young and didn’t want to pursue the matter further, so we agreed to settle it privately.”