International Business & Economy Should we be concerned about the 'capital gain tax exempt' status India...

Should we be concerned about the ‘capital gain tax exempt’ status India may grant us? 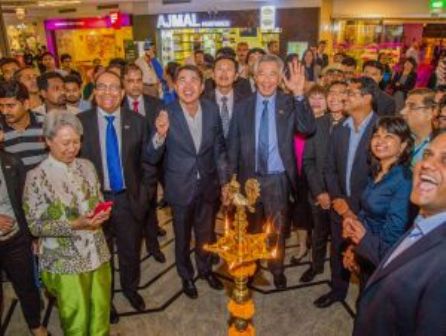 The news that India is looking at removing capital gain tax exemption from Singapore, right after the announcement of more FDIs going into India, primarily from Temasek Holdings’ Capitaland begs some serious questions.

At the light-up ceremony of the “Celebration Mall” in Udaipur, India, this week, Capitaland announced that it will build two more mega malls in India by 2019. The “Celebration Mall” is one of four malls in India belonging to the Singapore developer. The others are in Bangalore, Mangalore and Hyderabad. The GLC is also looking into helping and investing in the building up some of the 100 Smart Cities planned in India.

Putting aside operational P&L and how much Singapore has profited or lost from this $100 billion, capital gains is certainly one of the key objective of this FDIs going into India over the long haul.

A 2006 tax treaty between India and Singapore had a provision that edict any changes to the Mauritius tax treaty with India would automatically be applied to the one Singapore signed with India.

Why did we signed up on a provision in the tax treaty that ties us to that of Mauritius or for that matter any other countries is a question that needs an answer. The rationale needs to be thoroughly explained.

PM Lee Hsien Loong cautioned India saying, “I think it’s important that, whatever India does, they don’t shake that confidence which has been built up over these past 10 years and they don’t cause unintended harm to themselves.”

DPM Tharman has been tasked to work with Indian Finance Minister Arun Jaitley to iron things out.

Unquestionably it is India’s prerogative to change their rules and regulations as and when they deem necessary in their national interests.

When push comes to shove and given the revolving door politics and government of India, confidence of investors will be the last thing on their minds, “Indianism” will take hold.

Already, “there is hesitation on the Indian side to make exception for any country” and “it is going to be a tough negotiation (for Singapore) said Mr. Rishi Sahai, managing director of investment bank Cogence Advisors.

Analysts say investors are concerned about the uncertainty and hope we are too.

And finally, good luck to DPM Tharman and hope you can pull Singapore out of this rut.