Home News In the Hood "SG broadcasters charging $98-$118 for live World Cup matches, but can't even...

"It's mindboggling that our neighbours up north can pay RM80 ($24) to watch it in 4K HDR," wrote one netizen, making reference to the football coverage in Malaysia.

“Amazing production value for S$98 to S$118,” wrote a disappointed football fan regarding the quality of the 2022 World Cup broadcast in Singapore. Many others have also complained over the matter, with a handful comparing the coverage in Singapore with that of neighbouring countries.

“Singapore broadcasters are charging $98-$118 for live World Cup matches, but can’t even offer 4K streams,” wrote a netizen in a recent post on an online Singaporean news forum. Shared in the post was a link to another post featuring the quality of 2022 World Cup coverage in other countries.

Alongside the United States and European nations like Spain and France, a handful of Singapore’s neighbours were also seen on the list of countries where 4K coverage of the games is broadcasted. They were Hong Kong, Malaysia, China, Japan, and India.

Just in time for the kick-off of the #Qatar2022 #FIFAWorldCup ⚽️ today, here’s the overview of all TV channels and broadcasters transmitting it in Ultra HD. Some data gaps remain, especially regarding HDR and audio, so please do share any tips and additional information. Thanks! pic.twitter.com/V5H252ByX0 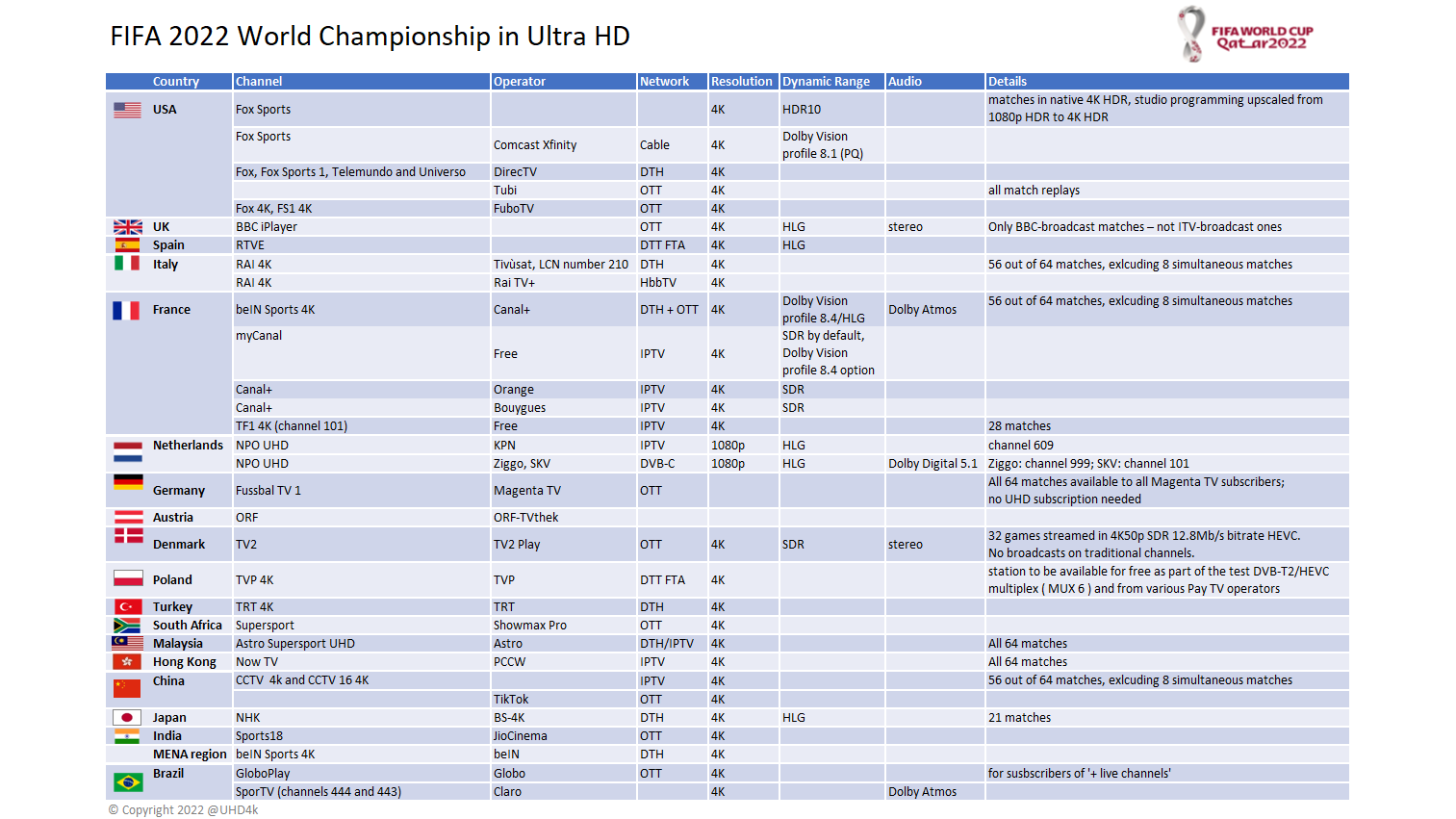 “It’s mindboggling that our neighbours up north can pay RM80 ($24) to watch it in 4K HDR,” wrote one netizen, making reference to the football coverage in Malaysia.

“Even from yesterday’s free match on Channel 5, it took them 20 minutes to show the “QAT V ECU” and the scoreline,” wrote another. “Then it took them another 20 minutes to figure out how to put the elapsed time next to that. Amazing production value for $98-118.”

Another made a comparison between this year and years past, saying, “It’s already an improvement. Last EURO there (were) matches which were only in 720p.” One netizen expressed how they think it is ironic that Singapore is known for its high bandwidth for streaming. “The irony is we have the best infrastructure for high bandwidth streaming nationwide,” the person wrote.