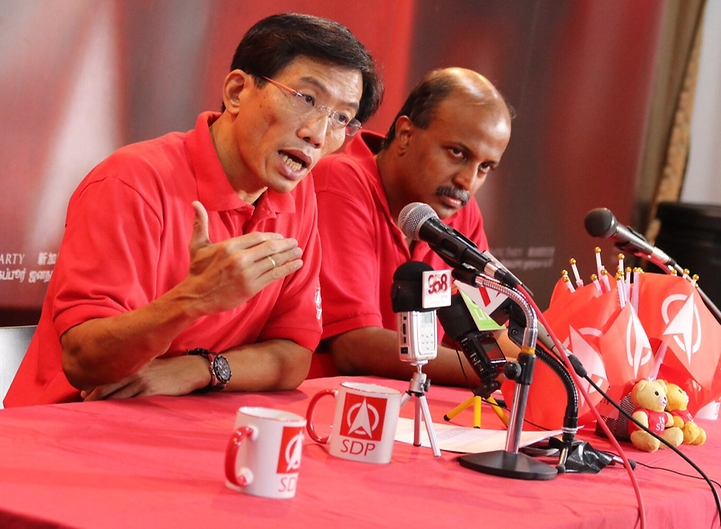 Singapore – The Singapore Democratic Party is pushing for changes on the immigration policy saying that the country “allows too many foreign workers into Singapore to displace local PMETs (professionals, managers, executives, and technicians).”

Via a press release on June 8 (Saturday), the SDP proposed taking a more measured approach towards allowing foreigners to gain employment in Singapore.

One idea presented by a Ms Joyce Tan, a communications professional and new member of the party, is a points-based system called the Talent Track Scheme.

Foreign PMETs who wish to work in Singapore will have to apply for the system and will be assessed based on their skills, qualifications, and experience.

Those who meet the necessary number of points will be shortlisted, but only after employers show proof that no Singaporean was available or qualified for the position beforehand.

“This will prevent firms hiring foreigners based solely on their ability to accept lower wages,” said Ms. Tan.

The proposal, included in SDP’s policy titled “Building A People: Sound Policies For A Secure Future,” was constructed to address the rising number of Singapore PMETs getting retrenched partly due to the continuing discrimination of local companies against local workers.

Central Executive Committee (CEC) member Mr Khung Wai Yeen, who presented the proposal with Ms Tan, pointed out that “Singaporeans are one of the unhappiest and most stressed out workers in the world.”

He added that the current approach of the Government to cram more foreigners into Singapore is counter-productive in ensuring the physical and mental well-being of the people.

Another issue noted by Mr Khung was the high cost of living and stressful lifestyle that push younger Singaporeans to leave the country or choose to have fewer children.

This trend was covered previously by the SDP through their policy “A Better Life For All: Keeping The Cost Of Living In Singapore Affordable.”

“Raising taxes and fees on a slew of items in the last couple of years makes Singapore even more expensive and, hence, exacerbates the problem of a shrinking population,” said Ms Tan. “This is why the raising of the GST to 9 percent from the current 7 percent is a bad idea.”

Instead, the proposal suggests that the GST for basic necessities such as food, medicine, and school supplies be abolished.

Other news on SDP: SDP highlights DPM Heng’s allusion to 10M population as it to prepares to launch alternative immigration policyFollow us on Social Media