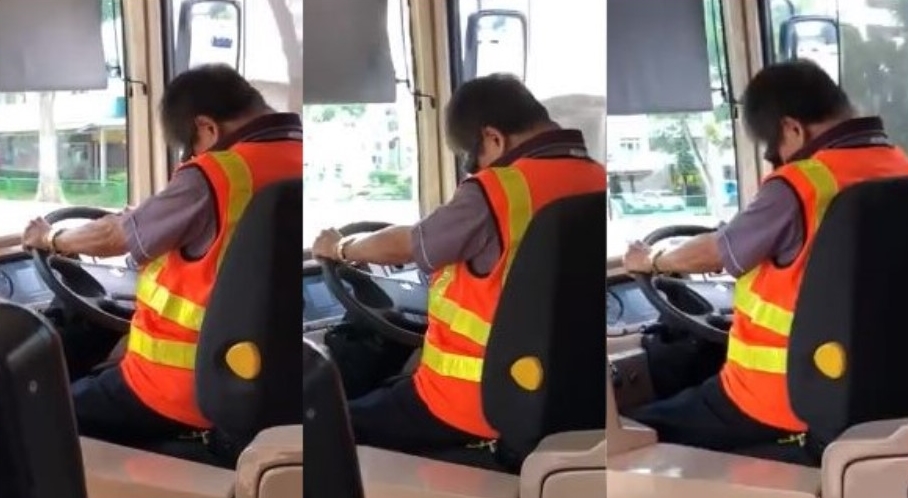 SBS Transit has responded to a viral video of a public bus driver who looks like he is dozing off by claiming that the driver had “neck pains” and was not falling asleep while driving.

SBS Transit claims that the bus driver in the video has neck pains that cause him to “bend more than normal” but added that this does not hamper his driving ability. It added that the bus captain is medically certified fit to drive.

In the viral video, the driver who appears to be middle-aged looks to be drifting in and out of sleep as he drives the bus, with his neck and head moving forward and backwards as though he is drowsy:

Tammy Tan, senior vice president of SBS Transit’s vice president of corporate communications, told reporters: “While the video seems to suggest that our bus captain was dozing off at the wheel, our findings based on the CCTV footage from the bus reveals that this was not the case.”

Adding that the bus captain “kept to his lane, slowed down when approaching bus stops and also stopped safely behind other buses or vehicles,” throughout the journey, Tan also noted that the driver conducted a right turn safely, as well.

Tan said: “All these would not have been possible had he been dozing off at the wheel … We assure our commuters that dozing off while driving is not something we take lightly and will not hesitate to take action against any bus captain found doing so.”

https://theindependent.sg.sg/shocking-video-of-sbs-bus-driver-falling-asleep-at-the-wheel-while-driving-goes-viral/Follow us on Social Media