Samsung remains as the top brand in Asia 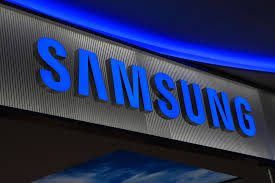 Samsung remains number 1 in Asia’s Top 1000 Brands ranking with ‘Samsung stamina’ showing the brand is unbreakable despite a controversial year with the Note 7 and the political fallout in South Korea.

The survey, conducted in 13 markets in association with market research firm Nielsen, ranks Samsung as Asia’s number one brand for the seventh year in a row. Apple remains in second place with an unchanged top five of Sony, Nestle and Panasonic.

Robert Sawatzky, Campaign Asia-Pacific’s head of content noted that few companies have the brand strength to survive a crisis like the one faced by Samsung, let alone the $5 billion US dollar price tag for the recalls.

Research relies on a total of 400 respondents in each market, except India and China where participants number 800 and 1,200 respectively.

The study encompassed 16 major brand categories, from alcohol to financial services, and consumer electronics to automotive, and more than 70 sub-categories.
Aside from the brands topping the list, this year’s data revealed some fascinating trends.

Futher trends include:
– Instagram now ahead of Twitter
– Chinese brands make the largest gains, led by Huawei, Xiaomi and WeChat
– Coca-cola re-enters top 10 for the first time in 8 years
– Quality and value for money are top factors earning brand loyaltyFollow us on Social Media