"Surely they must have known that their attacks on PM Lee would harm not only his reputation but would also cause great damage to Singapore's reputation," he said 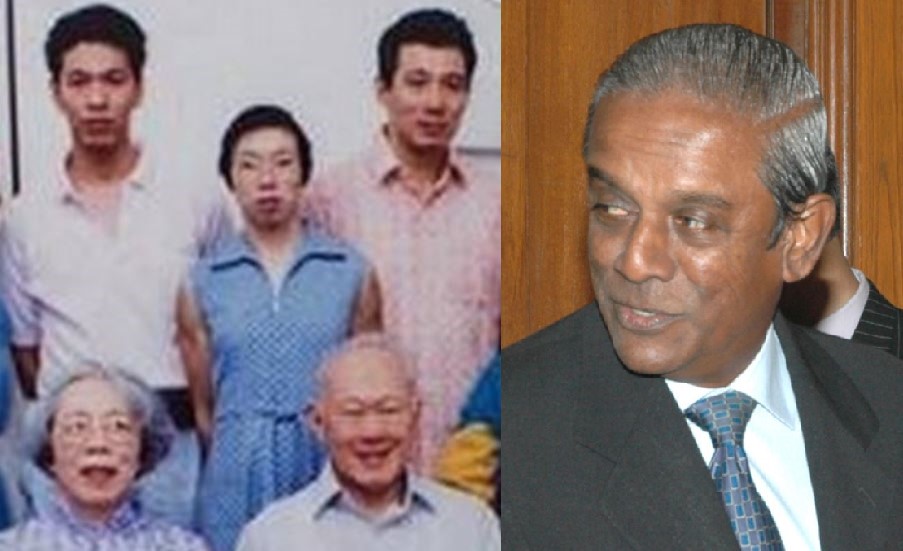 Ex-Senior Minister S Jayakumar weighed in on the fiery Lee family feud in his new book ‘Governing: A Singapore Perspective’. In the 192-page volume, which was released earlier this month, Prof Jayakumar laid out his reaction and thoughts when a dispute between Prime Minister Lee Hsien Loong and siblings spilled into the public domain in 2017.

In 2016, speculation arose that all may not be well within the Lee family when Dr Lee Wei Ling publicly released private email correspondence in which she had called her elder brother a “dishonourable son” and claimed that he wants to establish a dynasty. Mr Lee slammed his sister’s allegation as “completely untrue.”

Just over a year later, in 2017, Dr Lee Wei Ling and Mr Lee Hsien Yang accused PM Lee of using state organs against them and of abusing his power to preserve their family home against their father’s willed desire to demolish the house, in order to bolster his grip on power. They also claimed that he was grooming his son Li Hongyi for politics.

PM Lee cleared himself of the charges that his siblings levelled against him in Parliament and said that he is not suing his siblings for defamation so as not to “besmirch” their parents’ name.

The younger siblings subsequently offered a ceasefire but their relationship with PM Lee has become even more fractured in the three years since the feud became public. The rift seemed to grow wider when the Attorney-General’s Chambers (AGC) initiated legal action against Mr Lee Hsien Yang’s son over a private Facebook post and filed a complaint against his wife over her role in preparing Mr Lee Kuan Yew’s will.

In his book, Prof Jayakumar said he was shocked by how events unfolded. While he claims to have nothing against the younger Lee siblings personally, he felt that they should have known that their allegations could have damaged Singapore’s reputation and their father’s legacy.

He said: “I have nothing against them personally. I was, however, astonished by the siblings’ drastic actions. Surely they must have known that their attacks on PM Lee would harm not only his reputation but would also cause great damage to Singapore’s reputation.

“It would also sully the legacy of their father, who was the founding father of modern Singapore…What the siblings did came across as an open declaration of war.”

Prof Jayakumar added that he was approached by third parties to mediate in the family feud but was relieved that he did not have to take on this “Herculean task”. He also declined to make comments to the media at the time since he felt publicly airing his views would not have helped.

Prof Jayakumar, however, discussed with ex-Prime Minister Goh Chok Tong and other ministers how he and Mr Goh could have helped to protect the Government even though they were not in the Cabinet. He wrote in his book:

“Subsequently, Chok Tong made helpful comments on his Facebook. Chok Tong and I agreed that we both should keep in close touch and do whatever we could, including mediation, provided all parties were agreeable.”

Prof Jayakumar also recounted that he wrote to PM Lee and suggested that he should directly address all Singaporeans instead of just communication through press releases issued by the Prime Minister’s Office. He wrote: “I was glad that he made a recorded video statement, which was telecast on 19 June 2017. Clearly, he had already thought of this before my suggestion.”

While Prof Jayakumar did not agree with the way Lee Wei Ling and Lee Hsien Yang handled the dispute, he seemed to appreciate the way PM Lee responded.

Revealing that he was struck by how the Prime Minister “never showed any bitterness or rancour towards his siblings,” the ex-ruling party heavyweight wrote: “Rather, all that he expressed were feelings of sorrow and sadness that matters had come to such a point.”

In a comment about families in general, Prof Jayakumar also wrote: “We do not know the simmering feelings of rivalry and jealousy among the children and their spouses. When a dominant patriarch or matriarch is alive, such feelings are bottled up. When the parents pass away, these problems come to the fore.”

‘Governing: A Singapore Perspective’ is available at leading bookstores at S$35 (inclusive of GST). It can also be purchased from www.stbooks.sg while an Amazon Kindle e-book is available at the price of S$22.90.Follow us on Social Media