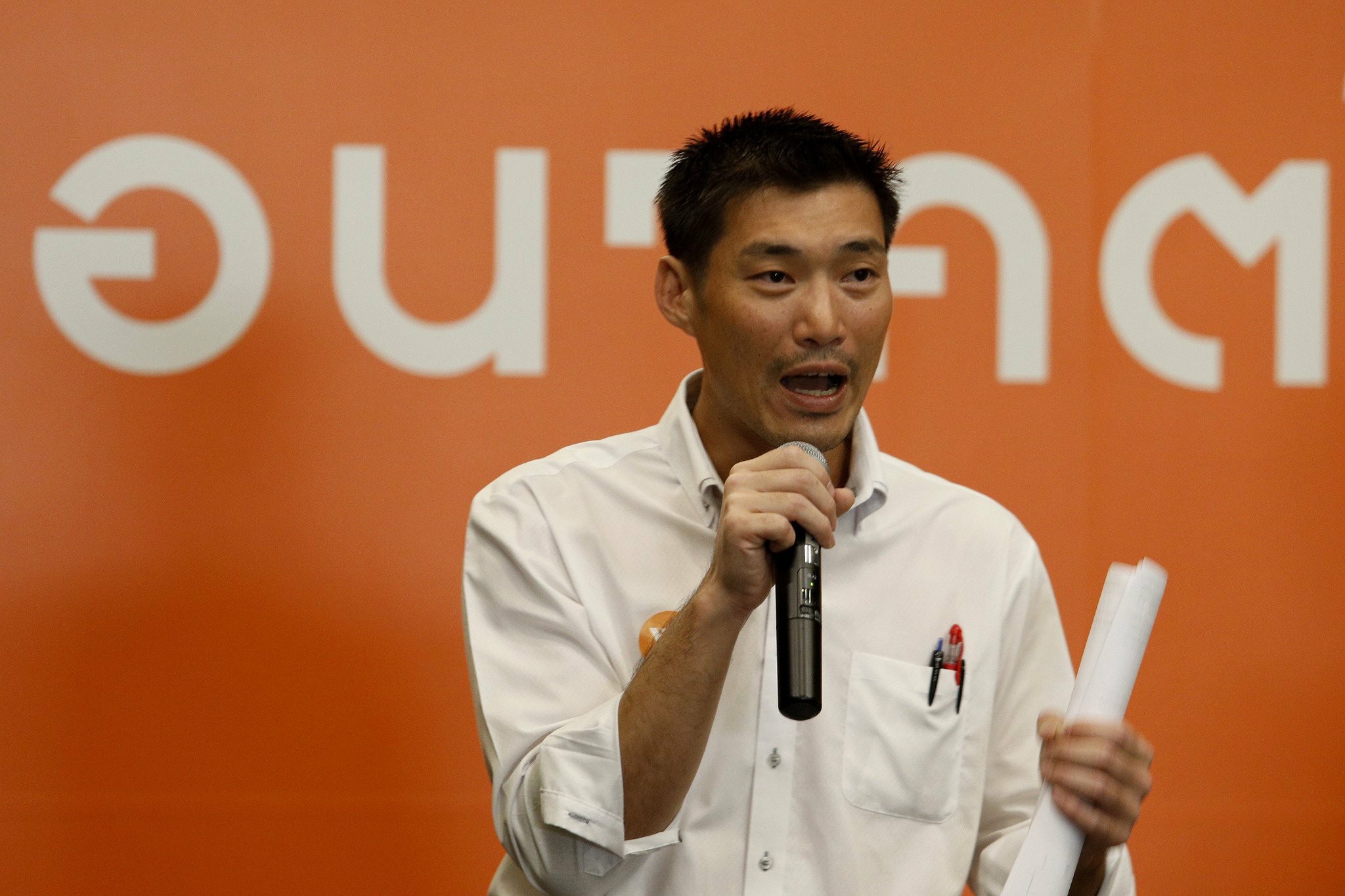 The telegenic leader of an anti-junta political party who rose to prominence in Thailand’s election last month was charged with sedition Saturday, drawing hundreds of his supporters onto the streets urging him to “fight”.

Billionaire Thanathorn Juangroongruangkit heads the youth-oriented Future Forward Party which won more than six million votes in the March 24 poll, the first since a 2014 coup, with its message of ousting the military from politics.

It had joined an anti-junta coalition with six others claiming the right to form a government in the aftermath of the disputed vote whose full results are expected by May 9.

Earlier this week he posted on Facebook that police had summoned him to appear on Saturday to face a sedition charge relating to anti-junta rallies in 2015.

He said the charge was “politically motivated”.

Hundreds turned up on Saturday morning in front of Pathumwan police station in downtown Bangkok, wearing T-shirts bearing the tycoon’s face and shouting “Save Thanathorn!” while waving placards that said “Military, get out!”

While inside, he and his party members tweeted photos of what was happening, showing Thanathorn affixing his fingerprints to the chargesheets and representatives from foreign embassies and the UN observing the police procedure.

More than two hours later, he emerged from the station and told reporters he had been charged with “inciting unrest… helping the suspect escape… and the illegal assembly of more than 10 people” for his actions in 2015.

“We believe we are innocent. I did everything in good faith,” Thanathorn said, denying the charges.

The case will be tried in a military court and the maximum sentence is seven years, said his lawyer Krisadang Nutcharut.

“We oppose this because civilians should not stand trial in military court,” Krisadang told AFP.

He added that Thanathorn could lose his seat in parliament if he is convicted.

Before leaving the police compound, Thanathorn flashed a three-finger salute, a resistance symbol borrowed by Thailand’s anti-junta movement from the Hollywood movie “The Hunger Games”, as his supporters did the same while shouting “Thanathorn, fight, fight!”

The charismatic leader is already being investigated under Thailand’s Computer Crimes Act for allegedly spreading false information when he criticised the junta in a Facebook Live discussion last year.

“By seeking to prosecute Thanathorn in a military tribunal… the junta has turned Thailand into a rogue state,” Sunai said, calling this move an example of “entrenched repression”.

Thailand’s powerful military has staged more than a dozen coups since the end of absolute monarchy, citing the need to maintain stability and curb corruption.

Junta leader Prayut Chan-O-Cha is currently tipped to return to power as a civilian premier under his military-aligned Palang Pracharat party, which won the popular vote.

But the anti-junta coalition, which Future Forward is a key member of, says it has the majority of seats in the lower house.

“This incident happened since 2015 so why do they just summon him now? It’s because he has gained popularity,” she said.