In December 2016, the Police started investigating an event in which Joshua Wong, a youth democracy leader of Hong Kong’s pro-democracy movement, spoke via Skype. Police told the organiser of the event, Mr Jolovan Wham, that he would need a work permit even if he was addressing the audience using Skype.

Mr Wham said then that the police were very professional in questioning him and that they even shared a few light moments together.

In November 2017, the Police in calling Mr Wham a “recalcitrant”, said that they would charge Mr Wham for for vandalism, organising public assemblies without police permits, and for refusing to sign his statements under the Penal Code. 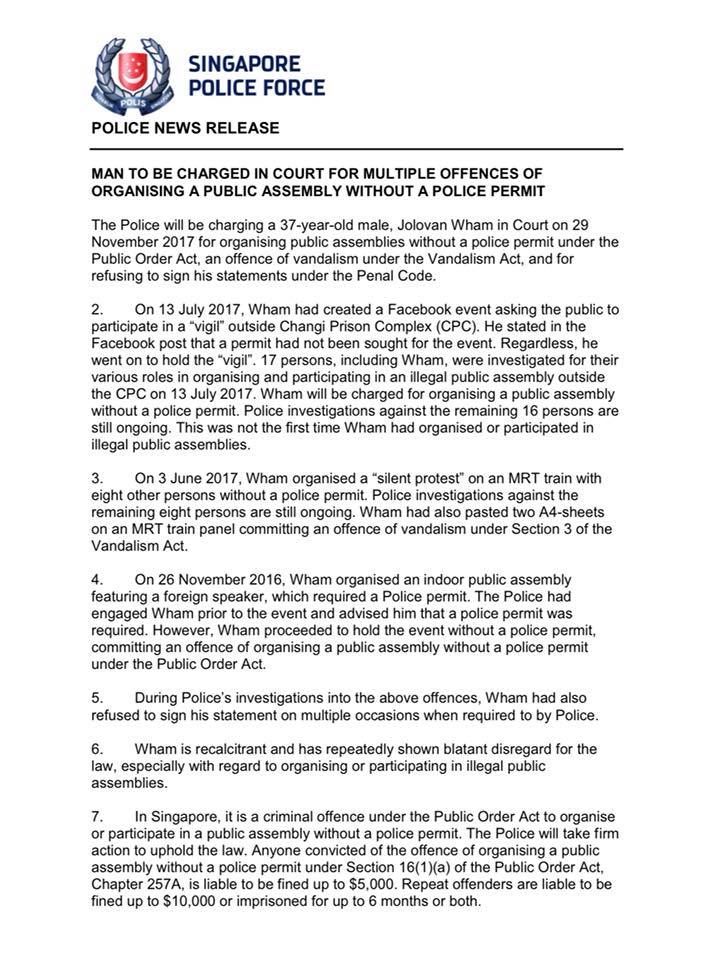 Human rights organisations such as Human Rights Watch, AWARE and MARUAH had previously condemned the legal actions against Mr Wham by the authorities.

Commenting on his conviction, Mr Wham said that the judge did not gives the grounds of his decision. He added, “the only thing he said was that the prosecutor had proven his case beyond reasonable doubt.”

Mr Wham will be sentenced on January 23rd at 2:30pm. Mr Wham said that he intends to appeal against his sentence.Follow us on Social Media