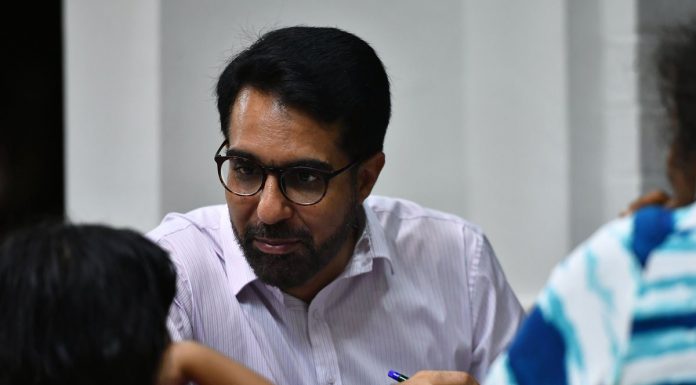 The Workers’ Party has without contest, elected Pritam Singh as its new secretary-general. Sylvia Lim remains as the opposition party’s chairman. Both Pritam and Sylvia are Members of Parliament for Aljunied GRC.

Veteran politician Low Thia Khiang who had served as the WP’s secretary-general since 2001 confirmed at the party’s 60th anniversary dinner last November that he will not contest the next election to “make way for new blood”.

The following 12 members were elected to the party’s Central Executive Committee (CEC):

In 2012, a former WP member tendered his resignation from the party over “dissatisfaction with the WP’s cadreship selecton system.” In his statement released to both mainstream and alternative media, the member alleged that he was not nominated for party cadreship because “it has been the party’s experience that Indians tend to leave after getting party cadreship”.

Pritam weighed in on the debate at that time and said: “Racism is not an issue in the Workers’ Party. We stand tall as one.”

In the run-up to the party election, several prominent members of WP had openly expressed their support for Pritam. One among them was NCMP Daniel Goh. Writing in his Facebook, Goh gave a glowing testimonial for Pritam:

“I believe that WP, to further develop as a viable opposition party, needs a leader with the following qualities.

“One, an MP with good experience of speaking and debating in Parliament and able to lead the other WP MPs. Two, an MP who works with his constituents and has their confidence and support. Three, an MP with good experience in leadership of town council management. Four, a humble servant-leader who knows his own flaws, works closely with the party grassroots and exhorts them to unite for the common good of Singapore and Singaporeans.

“On the first three counts, I am only a Non Constituency Member of Parliament with two years of real political experience. I have a lot more to learn.

“Pritam, on the other hand, is a proven MP in these respects. On the fourth point, I worked closely with Pritam on the WP60 Organising Committee (he was Chair, and I was Deputy Chair) and I am convinced he is such a servant-leader.”

Pritam is the opposition party’s third secretary-general from a minority race after David Marshall and J B Jeyaretnam. The election of Pritam stands in contrast to the People’s Action Party’s position that Singapore is not ready for a non-Chinese Prime Minister.

https://theindependent.sg.sg/why-the-workers-party-has-to-take-the-fight-to-the-pap/Follow us on Social Media