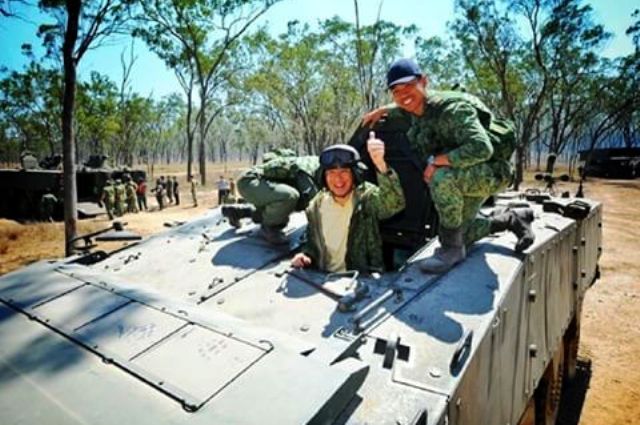 —
MINDEF and the Chief of Army have already disclosed the procedures used by the SAF for shipping military platforms for overseas training. Let me summarise. Singapore has limited training areas. Each year, the SAF moves over 700 military platforms using commercial carriers to all parts of the world in Asia, Australia, Europe, and the US. The SAF’s contracts with the shipping companies and agents require them to comply with established protocols and all relevant international and local port rules. But the contracts leave it to the shipping companies to designate routes and ports – this is their core business. Neither the SAF, Singapore, nor indeed most other countries operate on the assumption that our cargo will be arbitrarily seized when transiting reputable foreign ports. The SAF has followed these procedures for shipping military equipment for over 30 years without any significant incidents.

These commercial arrangements have enabled the SAF to ship military equipment safely and economically. It would cost three to four times more, and add several hundred million dollars to MINDEF’s annual budget, to ship all military equipment directly from point-to-point. Neither does the RSN have transport ships with that scale and capability to ship all this equipment. However, the LSTs, currently our largest multi-purpose and transport ships, are due for replacement. We will consider if we need to replace them with ships of larger capacity.

There are some exceptions, albeit rare, when the SAF does not use commercial shipping companies, or will apply special considerations if we do, based on security risk assessments. For example, for advanced weapon and sensor systems or submarines brought back by the SAF to Singapore previously. The special measures include chartering whole ships, mandating direct shipments, deploying protection forces or even converting the commercial ship to a State Marine Ensign.

The Terrex troop carrier vehicles did not fall into this special category. Members have asked if military secrets have been compromised due to the detention of Terrexes. As MINDEF has stated, the detained Terrexes and other equipment were being used for training and do not contain any sensitive equipment.

Arising from this incident, the SAF has reviewed its shipping procedures comprehensively to reduce the risk of SAF equipment being taken hostage en route. Where we think the risk of detention of SAF assets has gone up, whether in Asia or any other part of the world, we will impose extra precautions even if this means incurring higher freight charges. Alternatively, the SAF may consider housing that equipment at overseas training sites to avoid shipping them altogether, and procure additional units to meet operational requirements, where necessary.

In the present case, the SAF Terrexes were transiting in Hong Kong, one of the world’s busiest and most established transhipment ports. They were in transit on board the ship when they were ordered to be off-loaded by the Hong Kong authorities and detained. The legal position is that the SAF Terrexes and other equipment detained in Hong Kong are the property of the Singapore Government. They are protected by sovereign immunity, even though they were being shipped by commercial carriers. This means that they are immune from any measures of constraint abroad. They cannot legally be detained or confiscated by other countries. This principle is well-established under international law, and we are advised by lawyers that it is also the law in the Hong Kong Special Administrative Region (SAR).

Accordingly, the Singapore Government has asserted our sovereign rights over the SAF’s Terrexes. We have informed the Hong Kong Government on several occasions over the last two months, both through lawyers and our Consul-General in Hong Kong, that the detained Terrexes and other equipment belong to the Government of Singapore and are therefore immune from any measures of constraint. Accordingly we have requested the Hong Kong authorities to return our property immediately.

PM Lee has also written to Chief Executive C Y Leung of Hong Kong on this matter to reiterate the same message. The Hong Kong authorities have responded that the investigation is ongoing and will take some time to complete, and that the Hong Kong Government will handle the matter in accordance with their laws.

Singapore welcomes this response. Adherence to the rule of law has been the fundamental basis for peace and stability for the last half century in Asia. It has enabled countries both large and small to build trust and confidence in one another, cooperate and prosper together. These are the very principles incorporated in the Treaty of Amity and Co-operation whose signatories pledge “to promote regional peace and stability through abiding respect for justice and the rule of law”.