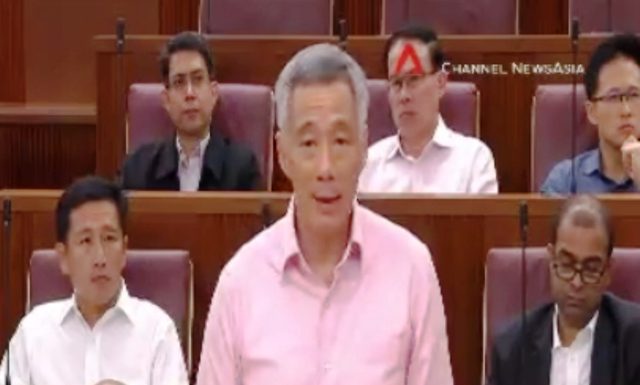 Wearing his hallmark pink shirt at the second day of the parliamentary debate on proposed amendments to the Constitution on the Elected Presidency (EP) scheme, Prime Minister Lee Hsien Loong said that the Republic would see its first Malay president since Yusof Ishak.

PM Lee said that his government has accepted the hiatus-trigger recommendation of the Constitutional Commission. The Commission proposed that when a member from any racial group has not occupied the President’s office after five continuous terms, the next PE will be reserved for a candidate from that racial group. On this basis, a reserved election would be triggered if no candidate from a particular racial group has held the office of President for 30 years or more, said the Commission.

PM Lee said that on advise of the Attorney-General, his government decided that the clock should start ticking from President Wee Kim Wee “who exercised the powers of the Elected President” in 1991.