Petitioners hope Singaporeans can empathise more with shower voyeur and tame online vigilantism against him,. 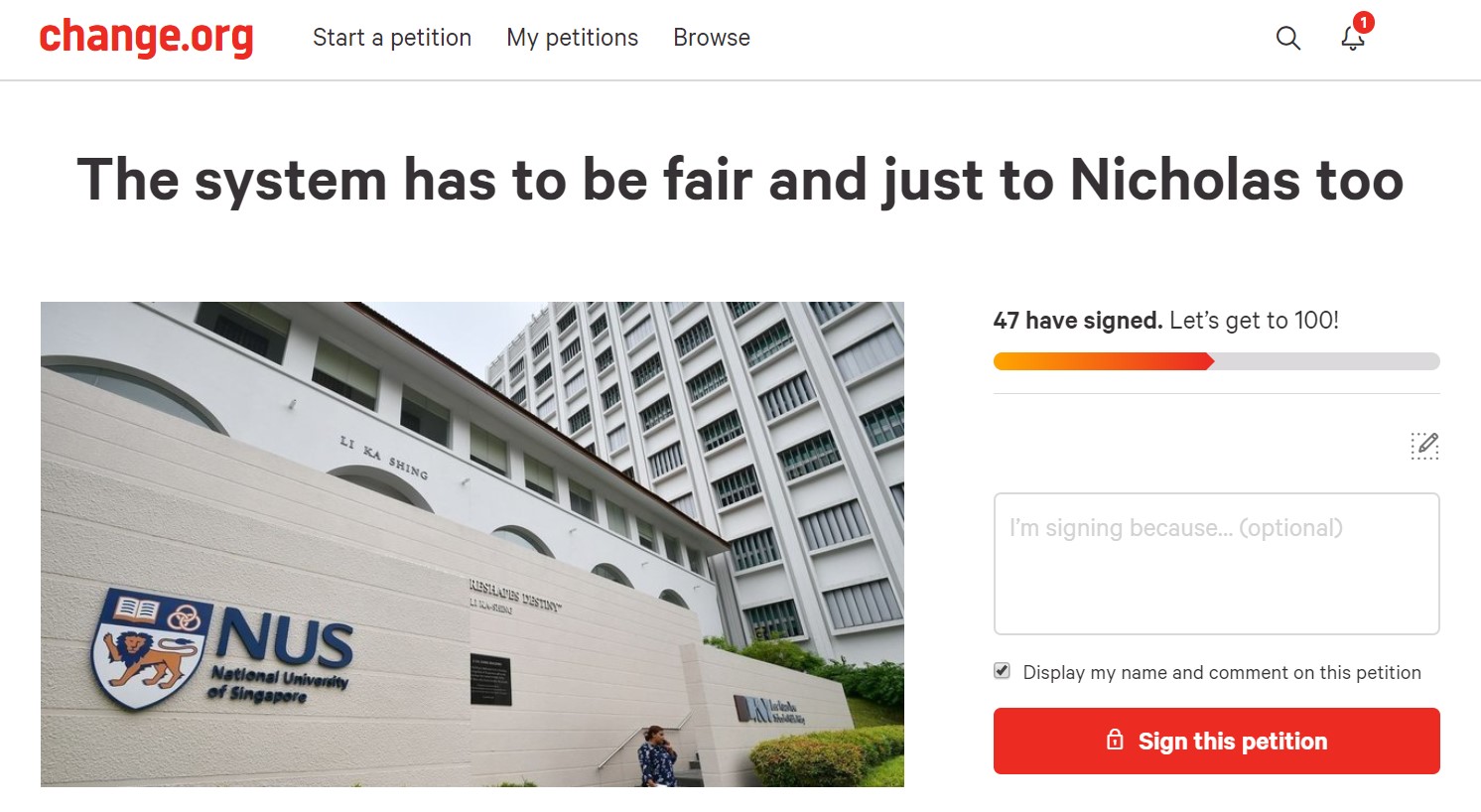 A petition urging the President of the National University of Singapore (NUS) to be “fair and just” to Nicholas Lim is circulating online.

Last week, NUS student Monica Baey revealed that a voyeur filmed her without her consent and knowledge while she was taking a shower at NUS’ residential Eusoff Hall. The perpetrator, 23-year-old student Nicholas Lim Jun Kai, was given a one-term suspension, a 12-month conditional (sentence) warning and ordered to make a written apology to the victim.

The way the case was handled drew intense flak on social media. Several netizens called on the authorities to mete out stiffer punishments against Lim, especially since another voyeur who recorded women showering at Republic Polytechnic in 2016 received a ten-week jail term.

Others on social media, however, felt differently and have said that Monica’s story has created an online witch hunt against Lim. Earlier, ex-presidential candidate Tan Kin Lian joined these voices as he said Lim has “paid the price for his foolish act” and that his “future looks uncertain.”

He asserted: “I consider that Nicholas Lim and his parents are now the victims of this episode. Some people might say – he deserve it.

“I disagree. As a society, we have to be fair to everybody. Nicholas has already paid the price which was considered to be appropriate at that time. Our society cannot be so vindictive and punitive. We cannot continue to punish a person repeatedly for the same offense. We cannot condemn him for a lifetime.”

Netizens agreeing with Tan’s views are now circulating an online petition, urging NUS to be “just and fair” to Lim.

Asserting that “NUS did no wrong” since the “current punishment meted out to Nicholas is based on precedent cases and through the board of discipline” and since the “this system has been practiced all along,” the petition said that it would be “manifestly unjust” for Lim to get special treatment because of how viral Monica’s story went.

Netizens who signed the petition said that they hope Singaporeans can be more empathetic to Lim and that online vigilantism is getting out of hand:

The petition, however, is struggling to gain greater traction after it was published days ago. Less than 50 individuals have signed the petition so far.

View the petition in full HERE.