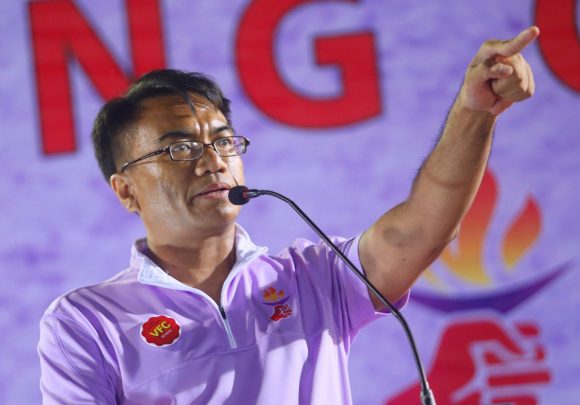 Mr Syafarin Sarif is the Chairman of the newly formed political party, People’s Power Party (PPP). PPP contested in Chua Chu Kang Group Representation  Constituency (GRC), where his team garnered 23.1 percent of the votes cast. Mr Syafarin has shared several posts in his Facebook which casts doubt on the Orlando shooting in a gay nightclub.
A 29-year-old Omar Mateen, an American citizen whose parents are from Afghanistan, was identified as the shooter in the tragic incident which killed 49 people at around 5am on 12 Jun (US time). Omar was eventually killed in a shootout with armed officers.
Yesterday, Mr Syafarin shared an article which plainly said that the Orlando shooting was fake and explained why.

Several minutes later he shared a Youtube video which suggested that in the Orlando shooting, the media was lying to its readers. He captioned the post, “Syarikat (Amerika) yang menipu tak sudah-sudah.” (Translated: “American companies are always cheating”)

A few hours later, Mr Syafarin shared a post by a Facebook user Ghandi Vwich which suggested that the shooting at the gay nightclub was a conspiracy theory. Mr Syafarin captioned his post: “”Aloha Snack Bar!”
? Good one. Showed sensitivity in a land where tremendous resources and effort are channelled to make groups hate and ultimately fight one another.
Such scrunity and effort to see through the lies and deception because the “CSI” perhaps just could not believe the stale template is being employed yet again. This “report” beats the standard CSI on false flags.

Extraordinary times require extraordinary measures/CSI. For every action (false flags), the reaction (CSI) is fast and furious (lately).
Citizens are getting too smart, too educated and too questioning. Military rule is but necessary. They are asking for it.”

He then shared a picture by Facebook user Akemy Ben Mandy which suggested that the tragedy was fake. He captioned his post: “Nak menipu pun, bijaklah sedikit. Omputeh ni pun.” (translated: If you want to be lie at least be smart about it)