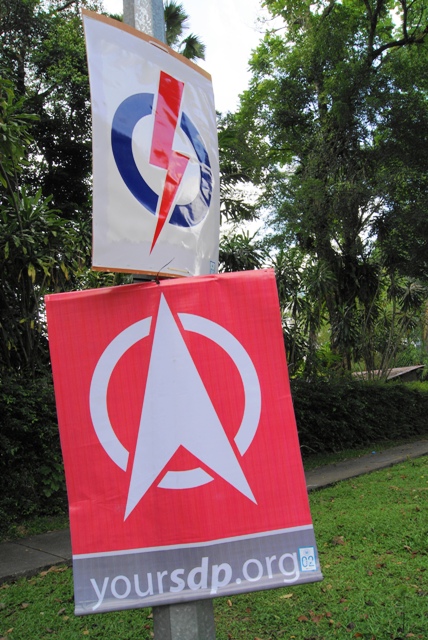 The following is a press release by the Singapore Democratic Party.

Education Minister (Higher Education and Skills) Ong Ye Kung’s suggestion that the PAP’s continued one-party rule is the best course for Singapore’s future is at complete odds with reality.

It is precisely the lack of a democratic, checks-and-balance system that has gotten the country into the current sorry state of affairs in the first place. More worryingly, it clouds the out-look for our nation’s future.

For example, it is the PAP’s self-interested and unchecked policy of importing excessive numbers of foreign workers that has caused Singaporeans much pain and hardship.

Jobs of locals have been displaced and wages depressed because of the mass and sudden influx of foreigners. The cost of living for citizens have also increased as a result while productivity growth has remained at near zero percent.

There is no mistaking that the policy has lowered the quality of life for our people, harmed the overall economy and made it difficult for our nation to progress.

But bringing in foreigners has allowed the ministers to engineer high-GDP growth through the collection of foreign workers’ levies, housing expenses, GST, etc. As ministers peg their pay to GDP growth, they have rewarded themselves handsomely with annual salaries to the tune of millions of dollars.

All this could take place because there was no opposition in Parliament to keep the PAP in check. The party did as it pleased leading to the dangerous situation in which Singapore finds itself today.

Another horrendous situation that Singaporeans are stuck with is the retention of our CPF money. It is the unchecked one-party rule that has allowed the PAP to blatantly rescind its promise to return us our CPF savings in full. This has resulted in retirees left out in the cold with little or no income.

Without political opposition, the PAP is also able to immerse itself in the commercial sector leading Singapore to become one of the most, according to the Crony-Capitalism Index, cronyistic economies in the world.

The government’s domination of the domestic commercial sector through unproductive GLCs has stifled the growth of the private entrepreneurial sector and the development of an innovative culture – areas that Singapore depends on for its future economic survival.

It has also led to the crushing of workers’ rights, allowing GLCs like the Surbana Jurong to terminate its workers without accountability.

It is frightening that at this juncture of Singapore’s development and with a rapidly changing world we face, PAP ministers like Ong Ye Kung still cling on to the out-dated and reality-free view that a one-party rule is the way forward.

Singaporeans must awaken to the fact that without a vibrant and democratic society where open exchange of ideas and freedom of expression are valued, the future of Singapore is bleak. For the sake of our nation, the PAP’s one-party rule must end.Follow us on Social Media