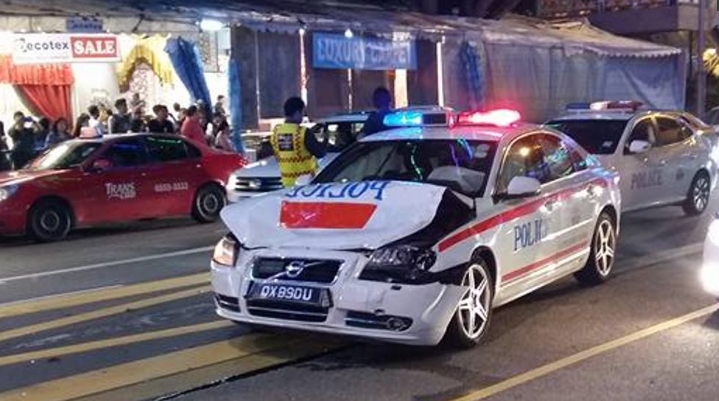 The accident happened at the junction of Geylang Road and Engku Aman Road at 8.56pm, the Singapore Civil Defence Force said. One male driver in his 30s was conveyed to Changi General Hospital as a result of the accident, it added. Police are investigating the accident.
Angeline’s picture showed that the accident happened near the Geylang Serai Hari Raya Bazaar, and that the hood of the traffic police car being smashed in.
Channel NewsAsia reported that one of its viewers witnessed the patrol vehicle chasing another car, before it collided with another BMW, and that the accident happened at a crowded bus-stop. The car the patrol vehicle was chasing appeared to have fled the scene, the eyewitness said.Follow us on Social Media