The Independent Singapore News
Home News SG Economy Ms Fu, how many PAP ministers have experience relevant to their jobs?

Ms Fu, how many PAP ministers have experience relevant to their jobs? 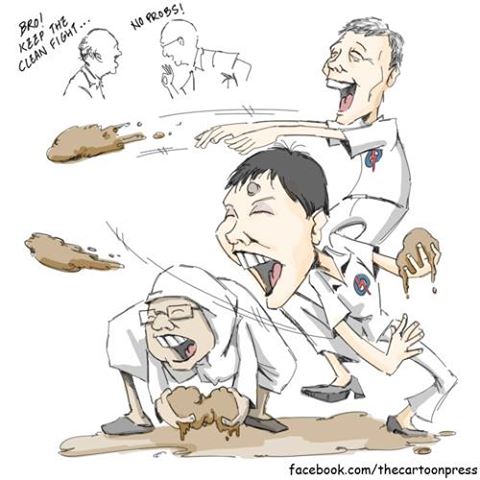 During a recent PAP rally for the Bukit Batok by-election, Minister Grace Fu, told the audience that she doubts the ability of SDP and its secretary-general Dr Chee Soon Juan to run a town council, should he be elected in Bukit Batok (https://theindependent.sg.sg/grace-fu-chee-has-no-steady-job-for-many-years).
She commented that Dr Chee does not have a steady job for many years. She said that work experience, or the lack of it, is a relevant fact when considering the credentials of candidates.
“Dear residents, you’re now considering two candidates for the job of an MP. If you’re recruiting one person for the job with two candidates, what do you do? You look at their work experience. What have they done? Is their experience relevant to the job?”
Relevancy of work experience to jobs of PAP ministers
Let’s examine the work experience of some of the PAP ministers prior to them being appointed into office. This would be useful in determining the validity of Ms Fu’s arguments.
[Chan Chun Sing]
Chan ran for office in 2011 GE. He was elected into Parliament via a walkover in Tanjong Pagar GRC. Following the GE, he was immediately appointed as the Acting Minister for Community Development, Youth and Sports, and the Minister of State at the Ministry of Information, Communications and the Arts.
What about his work experience prior to GE? Chan was in fact, a soldier in the SAF for some 25 years. His appointments included Commanding Officer of the 2nd Battalion, Singapore Infantry Regiment (1998-2000), Army Attaché in Jakarta (2001–03), Commander of the 10th Singapore Infantry Brigade (2003–04), Head of the Joint Plans and Transformation Department (2005–07), Commander of the 9th Division / Chief Infantry Officer (2007–09), and Chief of Staff – Joint Staff (2009–10).
He was appointed the Chief of Army in March 2010 before leaving the SAF to become a Minister in 2011. How would an army chief know about arts and sports, strengthening community bonds, and promoting volunteerism and philanthropy in Singapore society?
[Ng Chee Meng]
Ng entered politics through last year’s GE. He was part of the six-member PAP team contesting in Pasir Ris-Punggol GRC. Thereafter, he became the Acting Minister for Education.
His experience? He was also a soldier joining the SAF some 30 years ago. He started off as a RSAF fighter pilot. During his military career, among the appointments he held were the following: Commanding Officer, 144 Squadron; Commander, Changi Air Base; Deputy Head, Joint Communications and Information Systems Department; Head, Air Plans; Director, Joint Operations; Deputy Chief of Air Force. He was also the Military Private Secretary to the Minister of Defence from December 1995 to July 1996.
He was appointed Chief of Air Force in December 2009 and became the Chief of Defence Force (CDF) in March 2013. He was duly promoted from the rank of Major-General to Lieutenant-General. He also chaired the organising committee for the state funeral of Lee Kuan Yew, from 23 to 29 March 2015. He led the first round of the vigil guard who stood guard at Mr Lee’s funeral wake. He left the SAF in Aug last year to participate in 2015 GE.
The question Ms Fu should answer is – how would a soldier with a rank of Lieutenant-General know about education? For that matter, is the work experience of organising a funeral and standing guard at a wake relevant to running an education ministry?
[Grace Fu]
What about Ms Fu herself?
Ms Fu is an accountant by training. She began her career with Overseas Union Bank (OUB) as an auditor from 1985 to 1988. She then joined the Haw Par Group, where she worked in corporate planning, financial control and business development from 1991 to 1995.
In October 1995, she joined the PSA Corporation as an Assistant Director (Finance). She took on additional responsibilities as Vice-President (Marketing) and assumed the position of Financial Controller of the PSA Corporation in October 1998. She was promoted to the position of Executive Vice-President (Finance) in January 1999. In April 2003, Fu was appointed chief executive officer of Singapore Terminals. In 2004, she became the chief executive officer of PSA South East Asia and Japan, where she was responsible for the business performance of PSA’s flagship terminals in Singapore, Thailand, Brunei and Japan.
She was elected into Parliament in the 2006 GE through Jurong GRC. After she was elected, she was subsequently appointed as Minister of State for National Development and Education, helping to formulate government policies. Was her working experience in PSA useful to the 2 ministries she was assigned to?
Then we have the PAP old guards, including Mr Lee Kuan Yew and his compatriots, who did not have any prior experience running a country before. However, the old guards had the zeal and heart to see Singapore break free from the British so that Singaporeans could become citizens in our own rights. They did not want to see Singaporeans continuing to serve as colonial subjects under the British.
The motivation to serve Singaporeans and to make their lives better far exceeds the relevancy of candidates’ work experience, when comes to politics.
Even if a candidate comes with star-studded resume, it means nothing if he treats the political office as a career than wanting to help Singaporeans improve their lives and standard of living.

Politics is not about doing a job. It’s about serving the people. To lead the people, one must first be a servant to the people.Follow us on Social Media