MP praised for being down to earth

Singapore—A Facebook post from Member of Parliament Sun Xueling (PAP–Punggol West SMC) showing a bit of a lighter side on Wednesday (June 16) inadvertently resulted in some confusion over the expression “sia” of all things.

Ms Sun posted a photo of a sporty red car that had a humorous sticker on the passenger’s side in front, originally writing, “Spotted this in a car park. Power sia 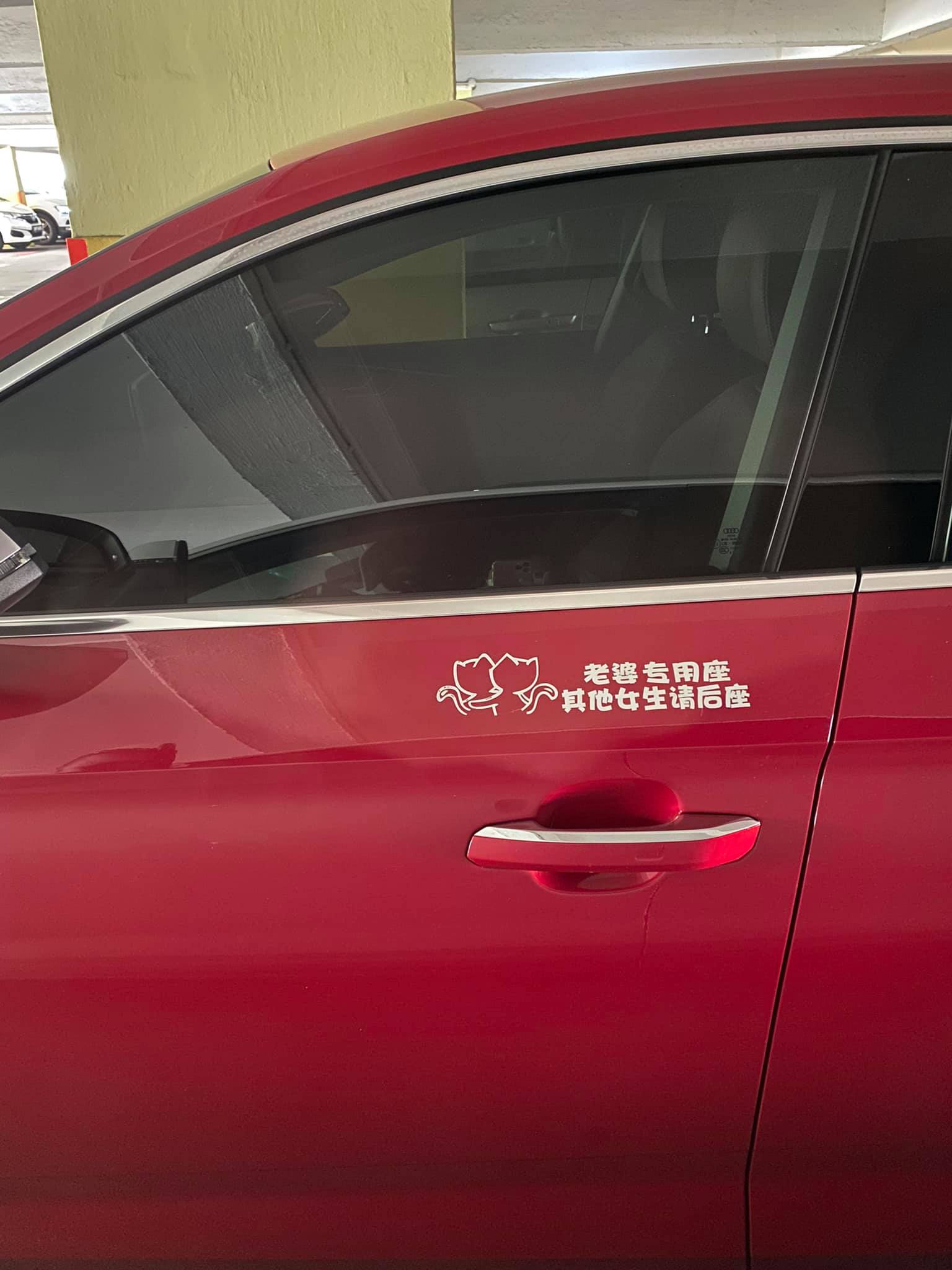 And since the sticker roughly translates to “Wife-only seat, other girls please back seat” netizens generally had a good laugh.

However, one netizen seemed to take exception to Ms Sun’s using the word “sia”.

This surprised other netizens, who pointed out that there’s nothing wrong with using “sia”, which is, after all, an everyday expression in Singapore that’s used to emphasise a point. 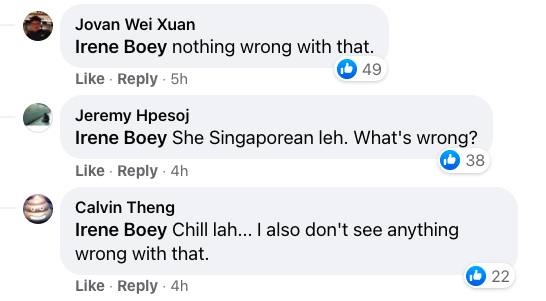 This led another commenter to ask what “sia” means, and the MP again replied, even going as far as googling to get an answer. 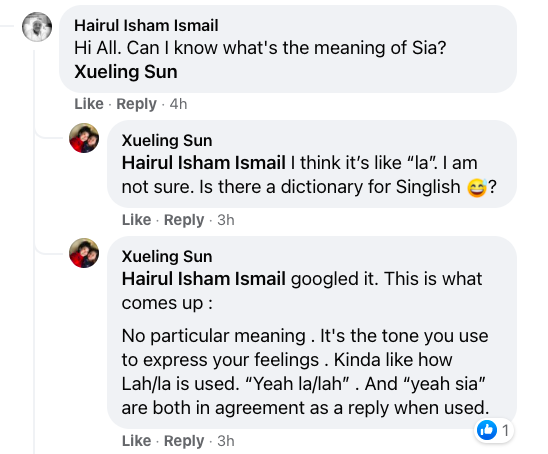 It was then explained to the MP that the word has a meaning that is vulgar in Malay and should therefore be avoided, “Like the F word should be avoided in speech and written,” one commenter explained to Ms Sun. 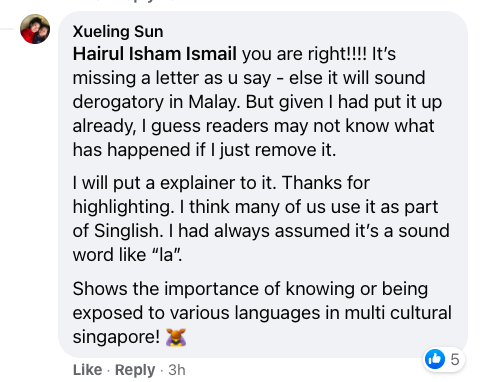 To make a long story short (and those interested can read the whole exchange of comments here), Ms Sun added an update to her post.

“A kind netizen shared with me that ‘sia’ in Malay can be derogatory. It’s not spelt the same way but could be interpreted as such. I had always thought it’s a sound word like ‘la’ in Singlish. Good for us to know!”

But other commenters defended the MP, saying that “sia” is part of Singlish, and that Ms Sun had nothing to apologise for. 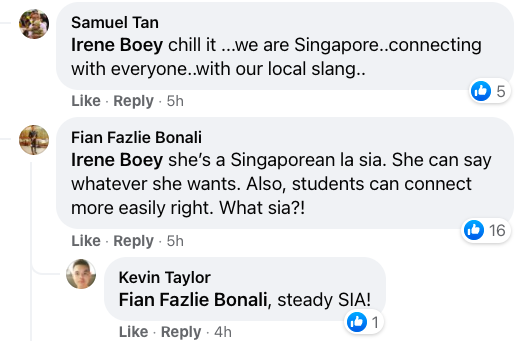 Some even praised her for being so relatable and down to earth.

One commenter ended up thanking Ms Sun for sharing the meaning of “sia”.