More Singaporeans have criticised local pastor Lawrence Khong and company for an event promotional video that calls on the people to come together and pray for the welfare of Singapore.

In the video, Khong is accompanied by three other pastors who urge the people to come together to pray for the spiritual revival of Singapore on 7 Oct at the Sports Hub.

Adding that he hopes over 50,000 people will attend the mass prayer meet, Khong says that it is important to gather and pray since “natural marriage is under attack. This will undermine the very fiber of our society. It will destroy the next generation.”

Khong, who serves as senior pastor of Faith Community Baptist Church, has a history of speaking out against LGBT relationships and for championing “natural marriage”:

Citing increasing divorce rates and “liberal” abortion laws, Khong said that the “health of our homes” is threatened and that it is vital for the people to congregate and pray together.

Lee’s son, Singapore current Prime Minister Lee Hsien Loong, is coincidentally Lawrence Khong’s school classmate. In 2015, Khong was one of the main figures involved in the Jubilee Day of Prayer, which saw 51,000 Christians gathering to pray at the Sports Hub. PM Lee was the guest-of-honour at the event, which preceded the 2015 General Election by just two months.

According to City News, “The highlight of the event for many was the arrival of Prime Minister of Singapore, Mr Lee Hsien Loong. The stadium erupted in deafening cheers of welcome and waving of Singapore flags when he and his wife, Ms Ho Ching, were announced. Mr Lee gamely took a photo of the crowd with his phone when he reached the stage.”

After a speech, in which PM Lee “showed off his knowledge” of the significance of the Jubilee to Christians, City News reports that “everyone rose to their feet and sang Aaronic Benediction (Misha Goetz) in English as a blessing upon the prime minister. This was followed by the recitation of the National Pledge.”

A year later, when PM Lee suffered a brief fainting spell during the National Day Rally speech, Khong wrote online that he is praying for his former classmate and added that PM Lee inspires him: “Prime Minister Lee, your tenacity, love and commitment to chart Singapore’s destiny is an inspiration to me. Thank you for pouring your heart and soul to bring our homeland to greater heights, and defining what it truly means to be one people, one nation, one Singapore.

Meanwhile the promotional video has been gaining more traction among Singaporeans, although the increased views may not necessarily mean good things for the team behind PraySingapore.

The promotional video was uploaded on 25 July on YouTube and the total views for the video stood at about 70+ yesterday. Since The Independent covered the video in a news story earlier this week, the YouTube video’s reach has shot up to nearly 2,000 views in barely two days.

Singaporeans responding to the video have flamed Khong for his remarks that the state of marriage is under attack, calling the pastor’s message “creepy” and “embarrassing”: 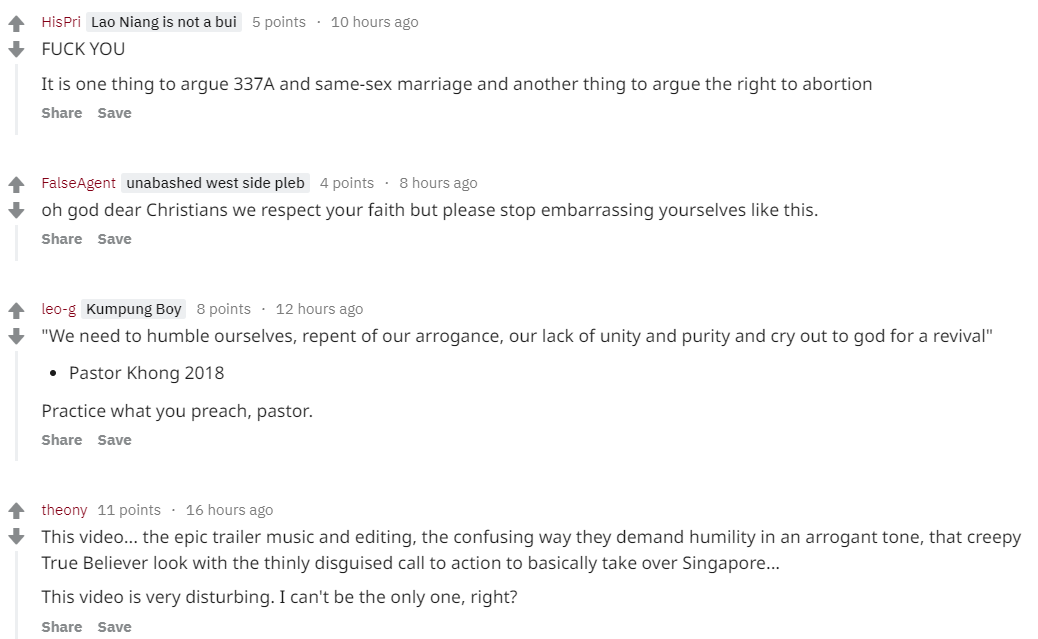 https://theindependent.sg.sg/lawrence-khong-calls-50000-to-gather-and-pray-for-singapore-claiming-that-the-state-of-the-family-is-under-attack/Follow us on Social Media