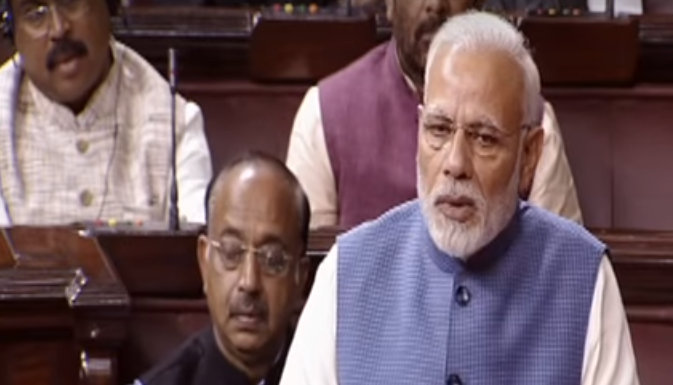 Namo, the official mobile application of Indian Prime Minister Narendra Modi, reportedly sent the personal information of its users to a third party in the US, unbeknownst to the users, and without their consent.

The app was launched in 2015, and was an additional venue for PM Modi’s already stellar social media presence, with more than 41 million followers on Twitter. This number puts him among the top five politicians on the platform.

The breach was first made known on Saturday via tweets from “Eliot Alderson,” a pseudonym used by a French security researcher. Mr. Anderson tweeted

When you create a profile in the official @narendramodi #Android app, all your device info (OS, network type, Carrier …) and personal data (email, photo, gender, name, …) are send without your consent to a third-party domain called https://t.co/N3zA3QeNZO. pic.twitter.com/Vey3OP6hcf

After a quick search, this domain belongs to an American company called @CleverTap. According to their description, “#CleverTap is the next generation app engagement platform. It enables marketers to identify, engage and retain users and provides developers”

Hi! My name is Narendra Modi. I am India’s Prime Minister. When you sign up for my official App, I give all your data to my friends in American companies.

Ps. Thanks mainstream media, you’re doing a great job of burying this critical story, as always.

Hi! My name is Narendra Modi. I am India’s Prime Minister. When you sign up for my official App, I give all your data to my friends in American companies.

Ps. Thanks mainstream media, you’re doing a great job of burying this critical story, as always.https://t.co/IZYzkuH1ZH

The ruling party, to which PM Modi belongs, Bharatiya Janata Party (BJP), immediately issued a denial of the Frenchman’s allegations, and accused Mr. Gandhi of drawing attention away from recent reports from the Law and IT minister of India, Ravi Shankar Prasad. Mr Prasad had said the Congress party had connections to Cambridge Analytica, a data analysis firm from the UK that is currently embroiled in a security breach scandal for having used the data of millions of Facebook users. Mr. Prasad had asked Mr. Gandhi for an explanation of Cambridge Analytica’s role in Mr. Gandhi’s social media activities.

The Congress party refuted any allegations of wrongdoing.

In response to Mr. Gandhi, the BJP tweeted

Rahul Gandhi is in sublime form these days. After MRI & NCC, today he exposes his great knowledge about technology. He is so rattled by the Cambridge Analyitca expose that he daily tries to divert attention from it, yesterday it was the judiciary and today it is Namo App.

This ensures that a user gets the best experience by showing content in his language & interests. A person who looks up agri-related info will get agri related content easily. A person from TN will get updates in Tamil and get an update about an important initiative about TN.

A few hours later a new tweet from “Elliot Anderson” emerged, drawing attention to the update in the privacy settings of Namo, which had been “quietly” done

After the NaMo #android app exposé yesterday, the privacy policy of @narendramodi has been change quietly. The cached version is accessible hereFollow us on Social Media