Fed up with a four-year-old outstanding debt, Emmanuel Jerome Michael went to great lengths to to get his money back—but the bottom line is, the woman who owes him still hasn’t paid him back.

He posted their hilarious, sometimes surreal, exchanges on Facebook, where it has since gone viral, shared more than 550 times.

The woman, known simply as TingTing, promised not to go MIA (Missing in Action) on the man, but, as can be seen from the screenshot, she blocked him.

In one conversation she asks him, “I also never work, how to give you back the money.” Then, in a surreal turn, she offers him her body as payment for her debt, although it’s unclear whether or not she was joking.

Emmanuel Jerome Michael quickly told her, “Uh no, I didn’t want that.” 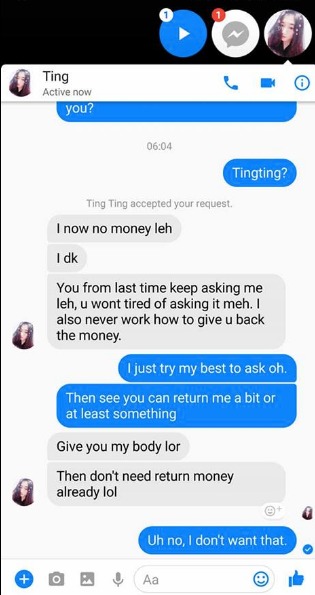 At one point the woman argued that she owed others higher amounts than what she owes him.

She then tried apologizing, but he wasn’t having any of it.

After he posted about the debt, she tried begging and humbling herself even further. 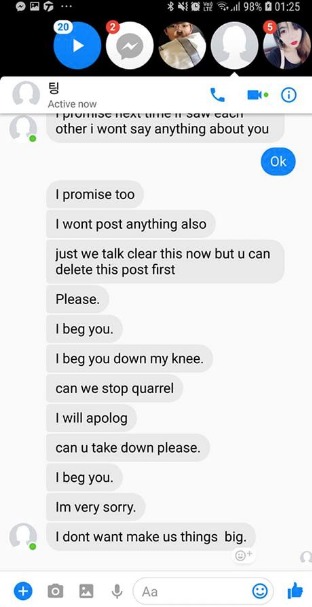 She then tried to meet with him on a day that he was working.

But she insists on meeting somewhere convenient for her, and not him. 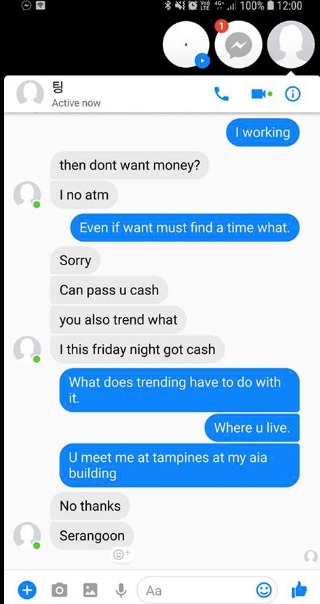 Then she attempts to pay only partially.

In the end, after all the messages, Emmanuel Jerome Michael was still unable to collect his money from TingTing. Friends tried to offer him advice as to what to do 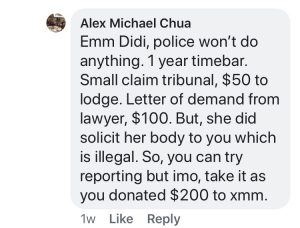