The Independent News
Home News Featured News The Straits Times draws flak after reporting that a 29-year-old bought his... 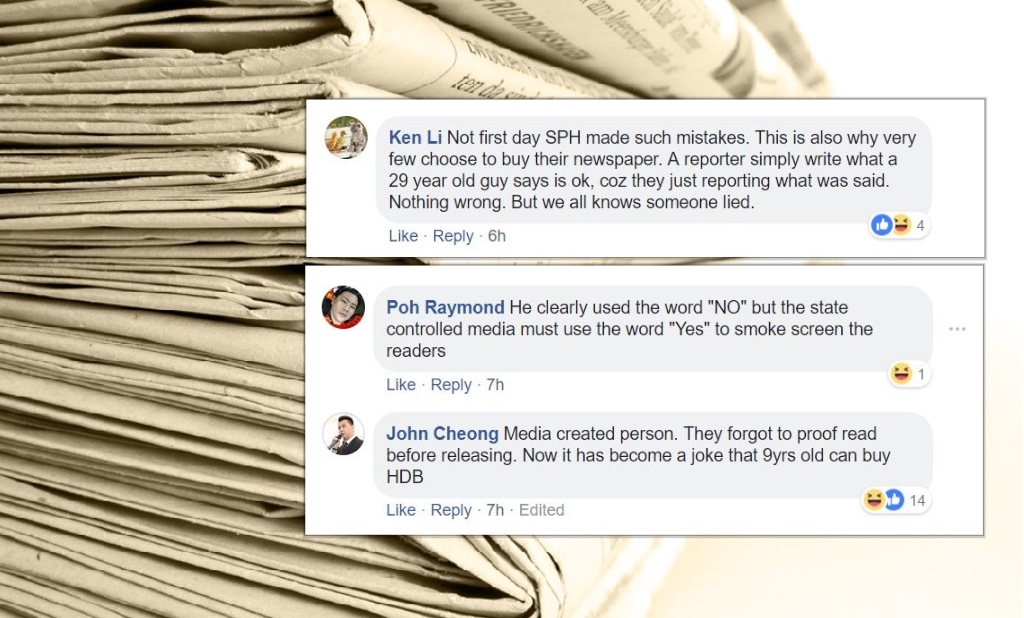 The Straits Times has drawn flak online for publishing a quote from an apparent 29-year-old who allegedly claimed to have bought a 40-year-old flat 20 years ago. The national broadsheet failed to notice that the man would have been a mere 9 years old when he apparently bought the flat, if this were the case.

Facebook user Kiwi Edward Lim is among a few netizens who flagged this mistake online:

This is not the first time The Straits Times has possibly published erroneous information in their articles. Take a look at some more recent instances here: