Man accuses identical twin brother of groping his girlfriend; plasters posters of him at void deck to shame him 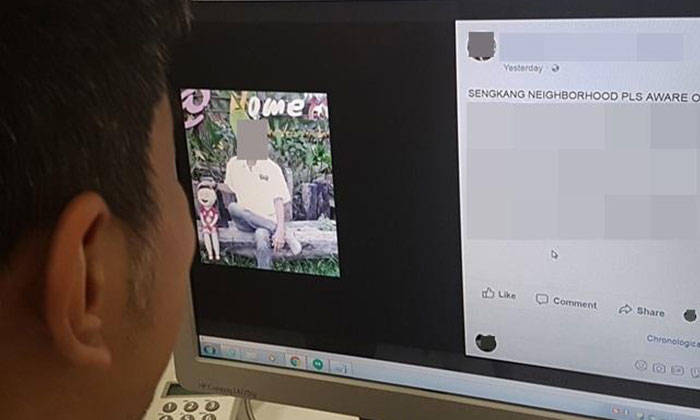 A 54-year-old man, Zheng Guowei, accused his identical twin brother of groping his girlfriend’s breast. To shame his brother for “being a pervert”, Zheng put up defamatory posters at a void deck revealing his brother’s photograph, as well as his address and phone number.

Zheng told the Chinese daily that the incident occurred in September last year after his girlfriend left home, following a quarrel:

“After she left, I told my brother to inform me if he knew of her whereabouts. I never expected her to go to his house from the beginning, and he did not tell me either.

“Him not telling me is an obvious sign that he was harbouring malicious intentions. After that my girlfriend came home and told me that while she was bathing, my brother sneaked up on her and groped her breasts.”

According to Zheng, his girlfriend tried to retrieve her belongings from the brother’s place following this but his brother made life difficult. Zheng confessed that he shared about the incident online so he could “shame” his brother.

The elder twin, on the other hand, revealed that while Zheng’s girlfriend did stay with him for a while, the entire incident was fabricated.

He added that if such a thing had happened, his two daughters who live with him in the same room would have witnessed it.

“My brother’s girlfriend has bipolar disorder and is emotionally unstable.

“She even assaulted me once, and while she was staying with me, often shoplifted at various malls. To avoid trouble, I threw away the items she stole.”

He also accused Zheng of plastering defamatory posters of him at the void deck, lift lobbies and carparks of his block on 28 October last year.

Revealing that this greatly troubled him and his daughters, Zheng’s brother called the police and lodged a report.