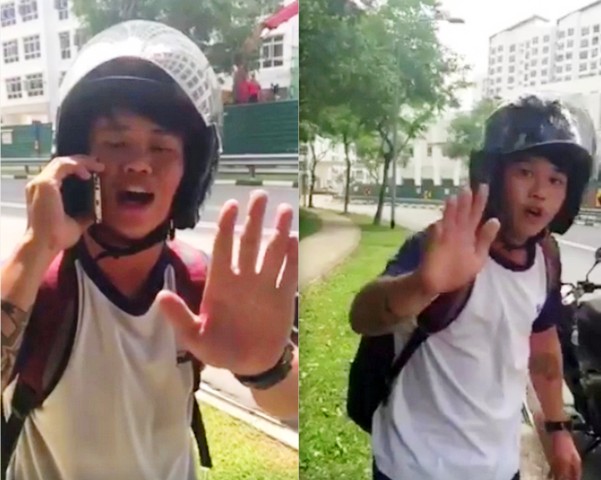 Facebook user Ivy Lim shared a video in which a biker claimed that a ‘China lady’ after jaywalking, accused the rider of trying to run her down. It is unclear when the incident happened, but the viral video which now has over 4,000 shares was posted on 5 Jul.

It happened in the vicinity of Sengkang Compassvale Crescent Blk 290B. In the video, the rider claims that he was exiting the carpark around the block when he saw the woman crossing the road at the junction of the carpark and the main road without even looking. He said that the woman did not check to see if there was oncoming traffic before crossing the road and that he stopped his motorcycle on time because he was alert.

The woman did not only not apologise for her carelessness, but also accused the rider of purposely trying to run her down. The rider had to call the police to inform them of the incident when she started videoing him and accusing him of careless riding.

It seems the rider got especially angry when the woman scolded him saying, “Singaporean don’t know our right of way!” The rider of the bike number FBB9928E had a probationary plate on his motorcycle.