The Independent Singapore News
Home News Water leaking from train in North East Line as if it was... 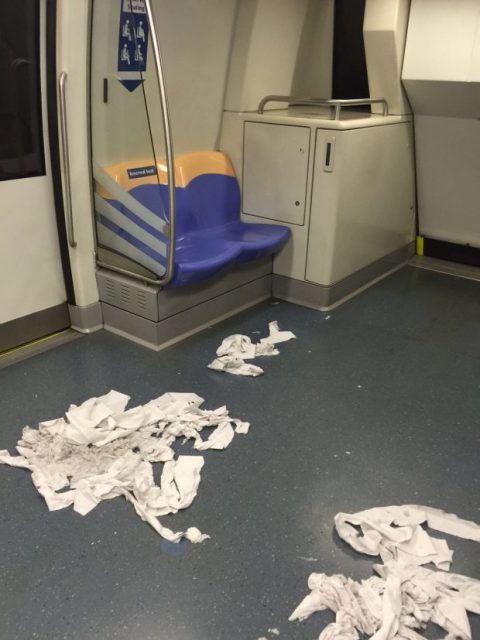 A reader who prefers to remain anonymous sent us the the following pictures and video. He said that the incident happened this morning (5 June) at 8.50am in the North East Line. The station announcement in the video mentions Buangkok Station.
[fvplayer src=”http://youtube.com/watch?v=wKx1lJWd97A”]
One of the pictures shows a SBS Transit staff putting lots of toilet paper over the dripping water.

Another showed the train being crowded but commuters not being able to sit in the four seats (two of them reserved seats) where the water dripping was the heaviest.

Commuters have complained about trains in the North East Line leaking so badly that it looked like it was raining since 2011.

The leak has been identified to be caused by faulty air-con units in the trains in the past, but it is unclear what SBS Transit has done since 2011 to fix the problem.Follow us on Social Media