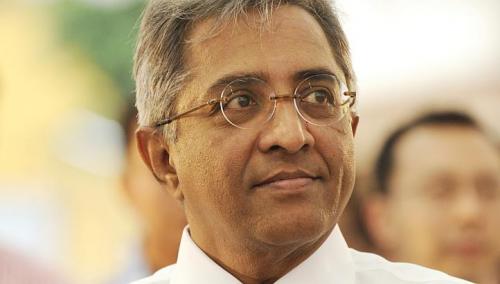 UPDATE: Dr Lee responded to Mr Devan’s snide remark in her Facebook. We republish her remark in full:
“Janadas, read my post carefully. I stated that Cheong Yip Seng told me, “not scolded, just to point out a few issues.” As for what you said to me, it was some years ago, you were expressing anger that Cheong was not straight with father. I could not remember your precise words, but I clearly remembered your emotion. Why else would I bring it up with Pa what you said.
Would Cheong Yip Seng email to PM without someone telling him to do so? I was told that Cheong was scolded by (Lee Hsien) Loong, but I stated in my facebook post, that Cheong Yip Seng told me, “not scolded, just to point out a few issues.”
Do read carefully before you make a fuss. Cheong himself tried to trivialize what transpired between him and PM. But the PAP cadre told me, “Cheong was scolded and didn’t understand why he was being scolded.” I cannot release the identity of the PAP cadre in case punitive action is taken against him.”
—
Janadas Devan, Chief of Government Communications, has responded to Dr Lee Wei Ling’s post that he did not accuse the ex-editor of The Straits Times, Mr Cheong Yip Seng, as being sly. He further claimed that Prime Minister Lee Hsien Loong did not call the editor to scold him.
In his comments posted on Dr Lee’s Facebook post, Mr Devan said:

“One, PM Lee did not call Mr Cheong Yip Seng, much less “scold him”. Mr Cheong emailed PM about his book and PM replied. This tallies with Mr Cheong’s own account, as he has conveyed to you, confirming he wasn’t “scolded”.

Two, Mr Lee Kuan Yew did not write a foreword to Mr Cheong’s book, as you claim. He had provided a blurb – a few words for the back cover of the book.

Three, I did not “complain” to you that Mr Cheong was “sly” to have asked Mr Lee for a “foreword” and then “criticised” him in the book. These are your characterisations of what happened, not mine.

What I told you after the book appeared was that Mr Lee had written a blurb for it without being informed clearly what the book was about, let alone that a good chunk of it was about him. And that was why many people, including reviewers online, were surprised that Mr Lee appeared to have endorsed the book.

To get an idea of the reaction, you can see, from different perspectives, https://berthahenson.wordpress.com/…/20/finally-the-facts/ and http://yoursdp.org/publ/perspectives/2-1-0-1179.

Should fact check before reporting what others are supposed to have said. Wish you well in your new FB venture. Trust it will result in a Hakka Daughter II one day.”

Mr Devan is the son of the former President of Singapore, Mr Devan Nair. Mr Nair resigned as the President in unclear circumstances and this is how Wikipedia describes his resignation:

“On 28 March 1985, Nair resigned in unclear circumstances. Prime Minister Lee Kuan Yew stated in Parliament that Nair resigned to get treatment for alcoholism, a charge Nair hotly denied. According to Nair’s counterclaim, he resigned under pressure when their political views came into conflict and Lee threatened him to a game of chess to then oust him as president.

Nair also alleged that he was fed drugs to make him appear disoriented and that rumours were spread about his personal life in an attempt to discredit him. In 1999, an article about the case in the Canadian newspaper Globe and Mail resulted in a libel suit by Lee. Some claimed that the suit was thrown out of court after Nair’s counterclaim.

However, in a letter to the New York Times, it is said that Lee agreed to discontinue the suit only when two of Nair’s sons issued a statement, reported in the Globe and Mail on 1 July 2004, maintaining that Nair was no longer mentally competent to give evidence in court.

The Globe and Mail statement concluded that “having reviewed the records, and on the basis of the family’s knowledge of the circumstances leading to Mr. Nair’s resignation as President of Singapore in March, 1985, we can declare that there is no basis for this allegation (of Mr Nair being drugged).””