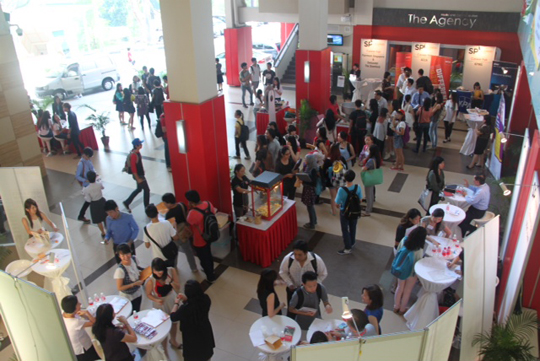 I refer to the article “Not enough local takers for tech jobs” (New Paper, Dec 6).

It states that “Studies by recruitment firms show a spike in hiring activity in the information and communication technology (ICT) sector.

The Monster Employment Index, which tracks online job posting activities on a monthly basis, found a 25 per cent year-on-year growth in hiring activity for software, hardware and telecommunications jobs.

Recruitment firm Robert Walters spotted a 24 per cent rise in hiring activity for the IT job market for the second quarter of this year compared to the same period last year.

Struggling to keep up with this booming sector, which has some 30,000 jobs to be filled

Still, Singapore is struggling to keep up with this booming sector, which has some 30,000 jobs to be filled by 2020, experts told The New Paper yesterday.

The problem lies in the mismatch of skills, said Minister for Manpower Lim Swee Say.

At the TechSkills Accelerator Career Services Day in October, he said: “Even if the jobseekers know what ICT jobs they want, they may not have the skills, expertise and experience needed.

“This applies to not just the newcomers, but also those with some years of ICT experience. The fast pace of technological change means many need to re-learn so as to remain in or re-enter the ICT sector.”

The skills mismatch means the ICT jobs may be “shoes that are too big to fill” for those not equipped with the right skills, said Mr Erman Tan, president of Singapore Human Resource Institute.

Mr Thng said: “We haven’t been producing enough students with some of these deep technical skills… Fewer people are attracted to these courses because the perception is that the hours are long, and the pay is not so good in such jobs.”

According to the latest MOM report – “Information and Communications” had the highest unemployment rate of 5.5 per cent among all the categories.

As to “With Singapore looking to countries such as India to plug the manpower gap, the influx of foreign workers has led to lower wages, causing local graduates to shun it” – isn’t this an indication of possibly why so many Singaporean IT workers are unemployed, under-employed or had substantial cuts to their income?