Home News Featured News Indranee Rajah refutes account that she was spurned by a "true blue...

Minister in the Prime Minister’s Office Indranee Rajah has refuted an allegation that she was spurned by a man claiming to be a “true blue Singaporean” during a walkabout at Tiong Bahru market yesterday.

“Watched earnestly by the crowd, she clumsily hurried away,” the alleged eyewitness wo wrote the post claimed with regards to Indranee: 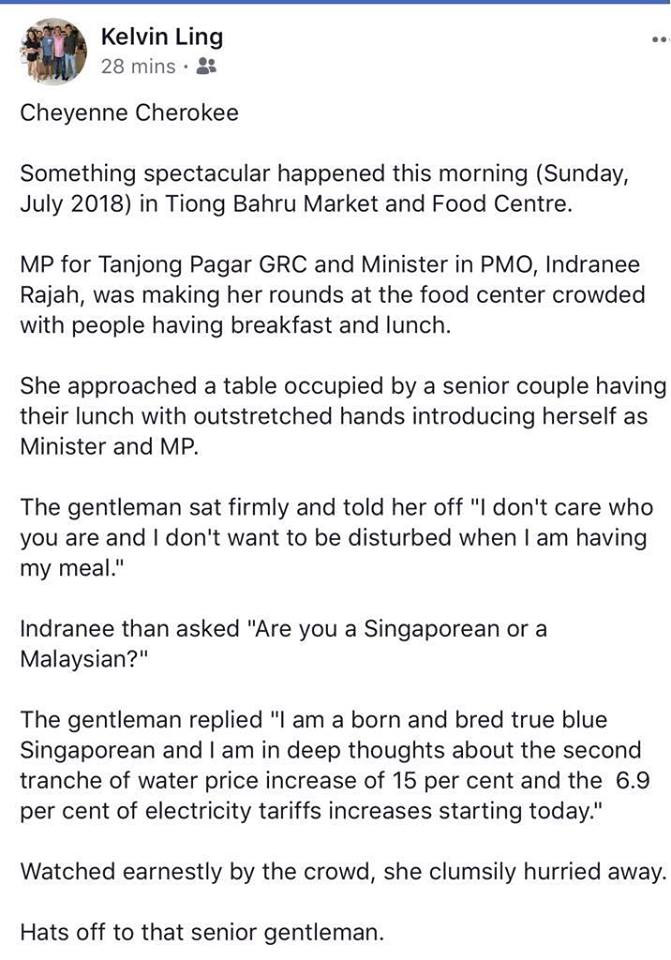